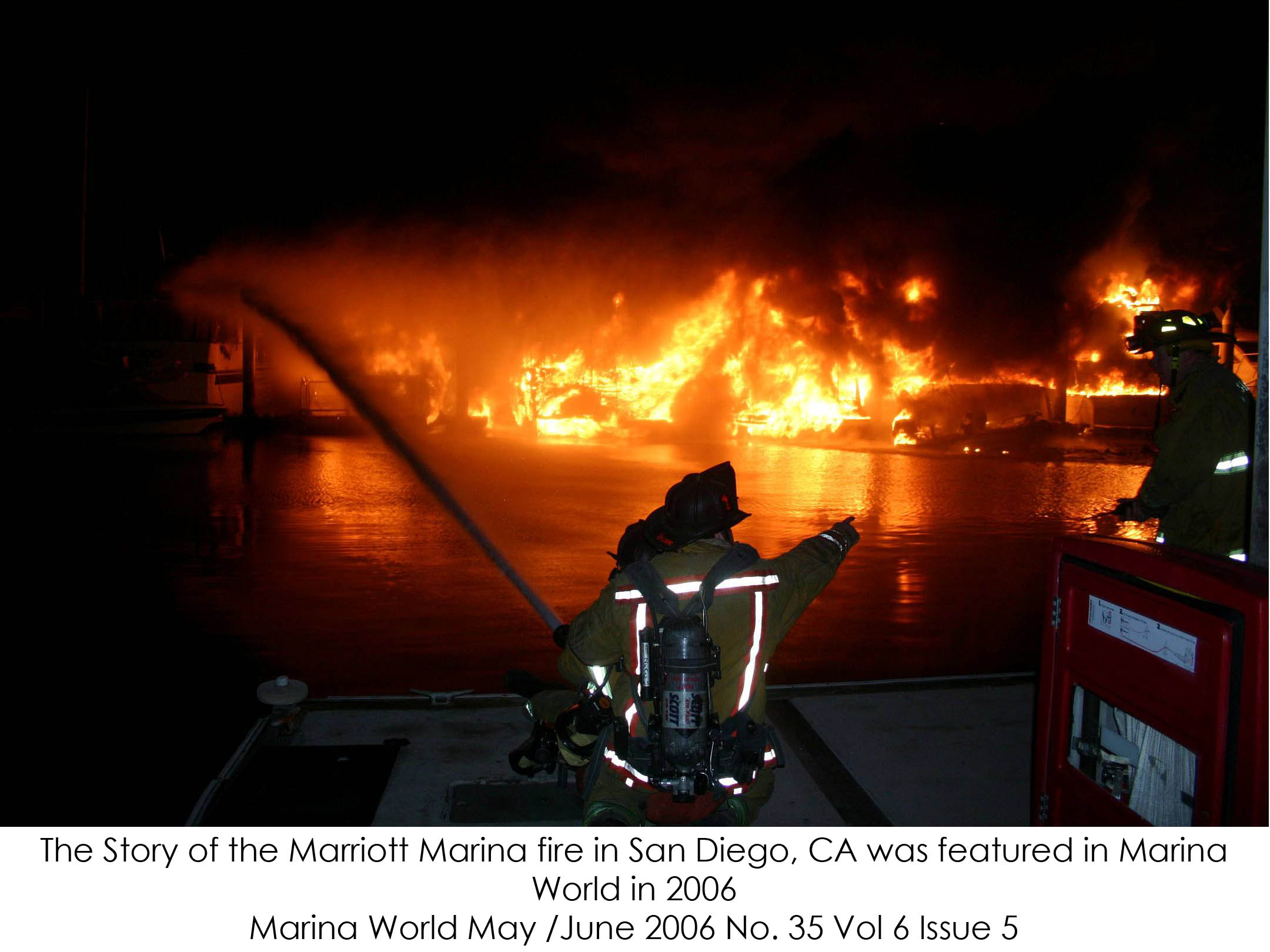 Kuhn is Dockmaster and Manager of the 466-slip Marriott Hotel Marina in San Diego, California. The marina is in the heart of San Diego Bay with hundreds of large, luxury yachts. The value of boats in her marina is close to the GDP of some countries.

The marina’s location is so prime it has a 10-year waiting list for larger slips. The Marriott Hotel and Marina is among the few places in the world where the marina is completely woven into the fabric of a premier hotel.

Hotel security professionals at the Marriott are masters of the low-key, nothing-much-happening tone. “We’ve had a little incident,” they usually say.

This call was different. “There’s a fire in the marina,” the voice said excitedly. Kuhn raced to the marina as quickly as the law allows on the waterfront highway.

Minutes earlier a burning electrical panel had set off a smoke alarm onboard a 42-foot Chris Craft, waking the couple on board. They quickly decided the best course of action was to leave and get help.

The Challenge of Fighting a Marina Fire

Time is of the essence in a marina fire. Boat fires can spread quickly, especially with wind or if the fire occurs under a covered moorage.

A fire in a marina presents many problems for the firefighters. The heat is intense and the smoke is black. “If the smoke comes at you, you can’t see your hand in front of your face,” said one firefighter. The docks can feel narrow and may be crowded with equipment and firefighting personnel.

In the dark it’s hard to see your footing. Fully charged 2.5-inch hoses don’t like to go around corners, and marinas are full of corners. Put all this together, and you can see that middle-of-the-night marina fires can be a challenge. If a firefighter wearing 50 pounds of equipment falls in the water, he can soon be in a survival situation.