A Rebuild can Offer an Opportunity to Reconfigure your Marina 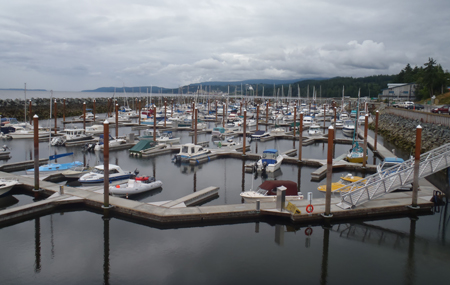 A rebuild can create opportunities for a marina to improve their revenue streams.

The goal of the rebuild was to address failing infrastructure and a growing waiting list for larger berths.  According to the City of Powell River, there had been an increasing demand for larger berths in the area, and there was a large waiting list of boat owners with vessel 28 feet and larger wishing to moor at North Harbour.

At the end of the day, the marina was not only able to meet the project’s goal but was able to add 37 berths to the marina bringing the total slips from 278 to 315. City officials said that the improvements and greater moorage area will result in increased revenues for the marina.

Bellingham Marine supplied its Unifloat concrete floating dock system for the project. The Unifloat system was selected by committee members for its quality, performance and proven service life. Bellingham shipped the new floats to the job site in March and construction was completed by early July.

Everything from the top of the gangway down was replaced and upgraded during the rebuild including a new dock system, potable and firefighting infrastructure, sanitary pumpouts, power centers and security services.

Powell River’s marinas cater to a range of boaters who enjoy fishing, scuba diving, kayaking and cruising through the many islands that dot the coastline of the Pacific Northwest.  The waters around Powell River offer some of the world best cold-water diving and fishing for salmon, rainbow trout and kokanee.