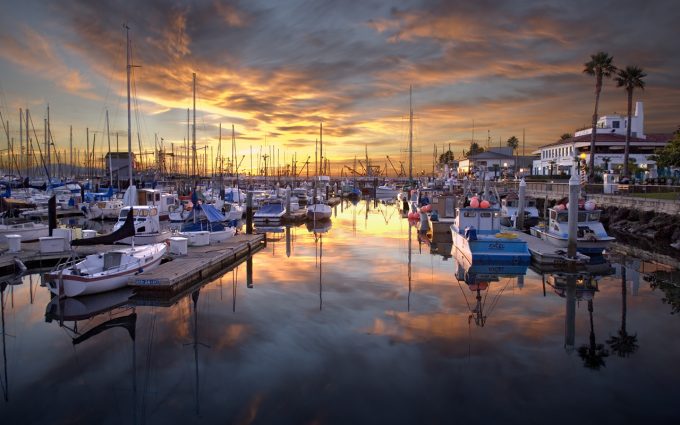 Large marina rebuilding projects are usually done in phases, but Santa Barbara’s Replacement Project takes this simple concept to a new level. The $14 million rebuild was originally planned in ten phases over 20 years, but as financial and operational goals were met, city managers were able to consolidate the project into eight phases over nine years. 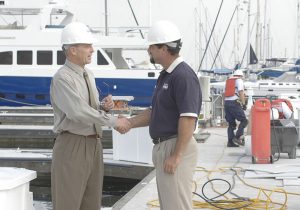 Large marina projects are usually done in phases, allowing the marina to remain operational while construction carries on.

An incremental approach
Marina One encompasses over 500 of the 1,139 slips in Santa Barbara Marina. Karl Treiberg, waterfront facilities manager for the City of Santa Barbara, explained why the decadelong approach. “If we borrowed $14 million all at once,” he said, “the debt service would have required large slip-rate increases. The incremental approach allowed the city to hold rates in line with minimal annual increases in slip fees.”

To finance the project, Santa Barbara secured a series of loans from California’s Harbors and Watercraft Revolving Fund administered by the State Parks Division of Boating and Waterways. The City of Santa Barbara funded the design and created a “shovel ready” project which helped expedite the loan application process and secure funds. The state committed the funds and the city drew from the funds as needed.

“It was similar to a home equity line of credit,” said Treiberg. “We only serviced the debt on funds borrowed for each individual phase of the project. The savings were significant. The city will construct Phase 7 this fall and complete the project with Phase 8 this winter.”
Contractor selection
Bellingham Marine was selected to manufacture and install docks in the first bid package, including Phase 1, the marginal walk. The second and third bid packages (for phases 2 through to 4 and for phases 5 through to 8, respectively) were also awarded to Bellingham Marine, this time as prime contractor. Bellingham Marine’s Unifloat floating concrete pontoons are installed throughout Marina One to maintain a consistent appearance and to simplify operations and maintenance. The docks are manufactured in Bellingham’s Dixon, CA, facility.

An escalation clause
Each of the three bid packages was awarded through a low-bidder selection process. Because some phases spanned four years, city managers included an escalation clause in the bid package that set aside money to be paid to the contractors to account for inflation. The amounts were calculated using the Construction Cost Index published annually in Engineering News-Record (ENR).

The ENR Index is a trusted measure of inflation in labour and materials and is specified by region. The escalation clause relieved uncertainty for the bidder and allowed Santa Barbara to receive true low bids not adjusted upward by estimates for inflation. In the actual event, a downturn in the California economy kept inflation low and the city did not use all the funds set aside in the escalation clause.