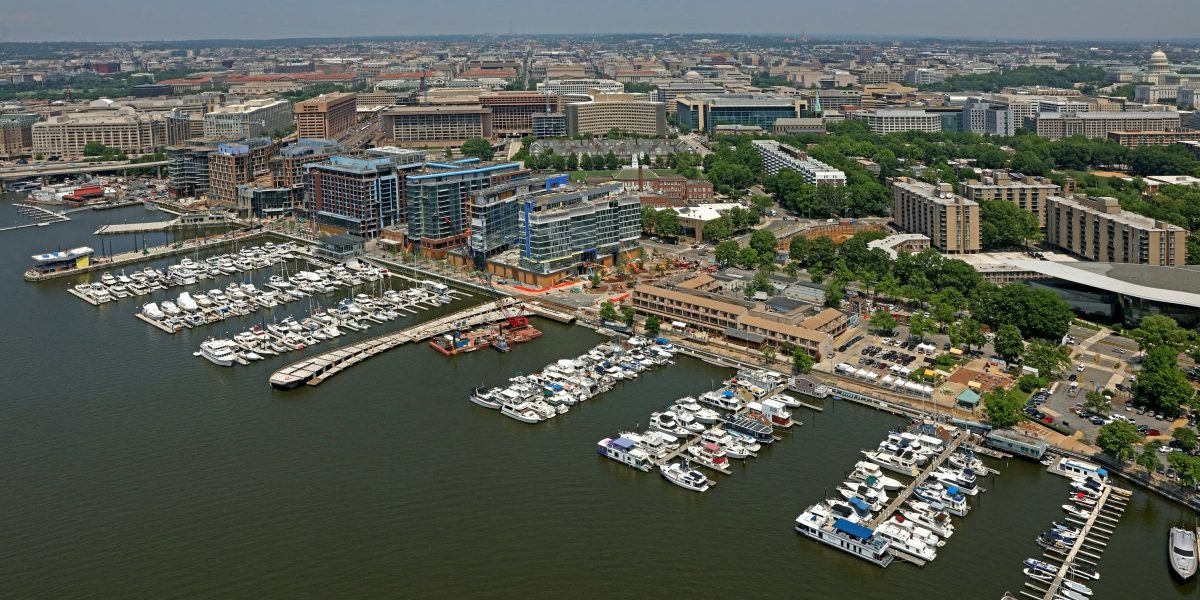 The waterfront of the United State’s capital is being transformed into a masterful work. Find out how #WharfDC is using DC’s unique waterfront location to build community pride and position the city for economic growth.

It’s a familiar story around the world. The once bustling waterfront, the city’s gateway to the world, was a tableau of sailing ships awaiting the tide. Then railroads and later automobiles turned the focus inland. The waterfront became a forgotten quarter of night clubs and bars surrounded by oily water and foul air. 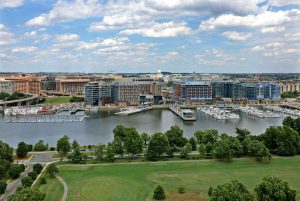 The Wharf is part of an ongoing urban waterfront revitalization project encompassing 50 acres of waterside infrastructure.

By the 1950s and 60s, cities began building renewal projects that were mostly unremarkable single-use buildings with their backs to the water. Broad freeways truncated the waterfront from the rest of the city, leaving it isolated and neglected.

The dark days of urban waterfront neglect are over. There is a new sense of optimism, pride and possibility. Among a number of ongoing urban waterfront revitalisation projects, The Wharf in Washington DC is the largest in the US and arguably the most comprehensive and consequential. The District of Columbia, “the District” as the locals call it, is turning its face toward the water again.

The US$2.2 billion project encompasses 50 acres (20ha) of water and 24 acres (9.7ha) of upland improvements. It will feature 3,000,000ft² (278,709m²) of new residential, office, hotel, retail, cultural and public space. The waterside will include waterfront parks, promenades, piers, docks and three new marina facilities. A 6,000- person concert venue called The Anthem is under construction, as well as three major hotels. The Wharf is a testament to what can be accomplished by private developers working in partnership with, as well as supported and encouraged by, the public sector.

Why the trend toward waterfront renewal? Environmental change is gradual and easy to take for granted, but the establishment of the Environmental Protection Agency (1970) and the Clean Water Act (1972) in America deserves some credit. Similar initiatives around the world have been equally successful. With a clean harbour, planners and builders with big ideas can dream and anything is possible. The marina industry’s clean marina programmes also deserve praise for this astonishing success.