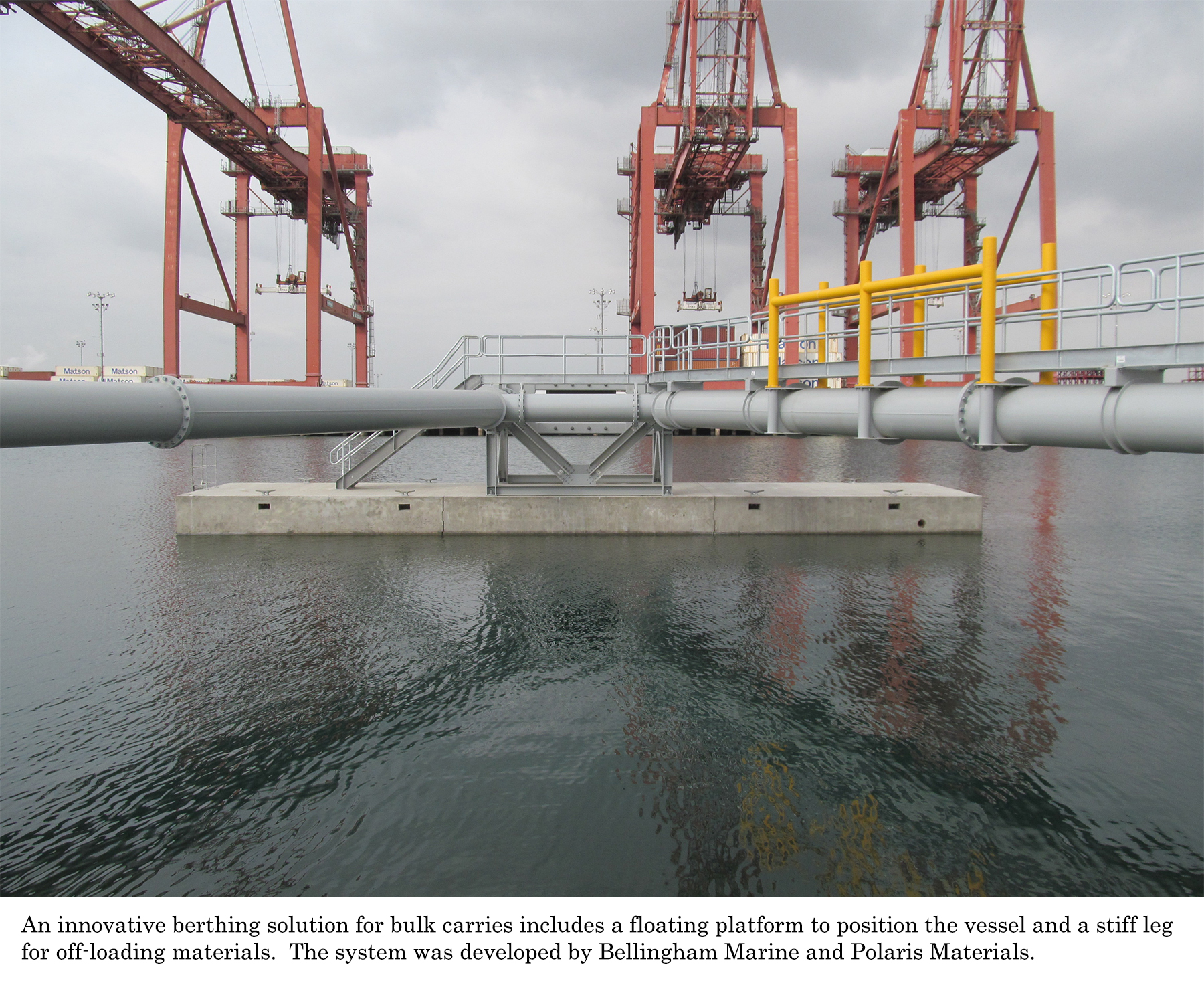 “The existing berth structures at the site were designed for barges,” said Herb Wilson, President and CEO of Polaris Materials.  “We removed them and replaced them with an advanced berthing system designed specifically for the docking of our Panamax- class, self-discharging bulk carriers.

The new berthing system includes two stiff leg, dual purpose moorings.  The legs are not only used to position the carriers for unloading but provide the infrastructure needed to discharge the vessel’s aggregate material to an upland hopper.   Located between the two stiff legs, is an equipment float used for accessing the ship by personnel.

“The benefits of an entirely floating berthing system are huge when it comes to cost of construction and environmental impact,” said Wilson.

Bellingham Marine, regarded worldwide for their expertise in floating concrete structures, was hired to determine if a concrete float option could be utilized to support the stiff leg moorings in lieu of the originally specified steel buoyancy tanks.

“A decision was made to utilize Bellingham Marine’s concrete float option,” said Wilson.  “The concrete buoyancy float design proved to provide far greater value in the system’s design than the steel tanks.”

The floating concrete platforms, which serve as the foundation for the stiff legs, are approximately 60 feet in length, weigh over 180,000 pounds and provide over three feet of freeboard.  Each platform is constructed from three, match-cast, post tensioned, heavily reinforced modules.

The 8-acre parcel at the Port of Long Beach was leased by Eagle Rock Aggregates in 2010 to support the company’s aggregate import operations. Located at Berth D44, the new terminal will receive, stockpile and distribute sand, gravel and crushed rock aggregate for construction projects in the southern California region.