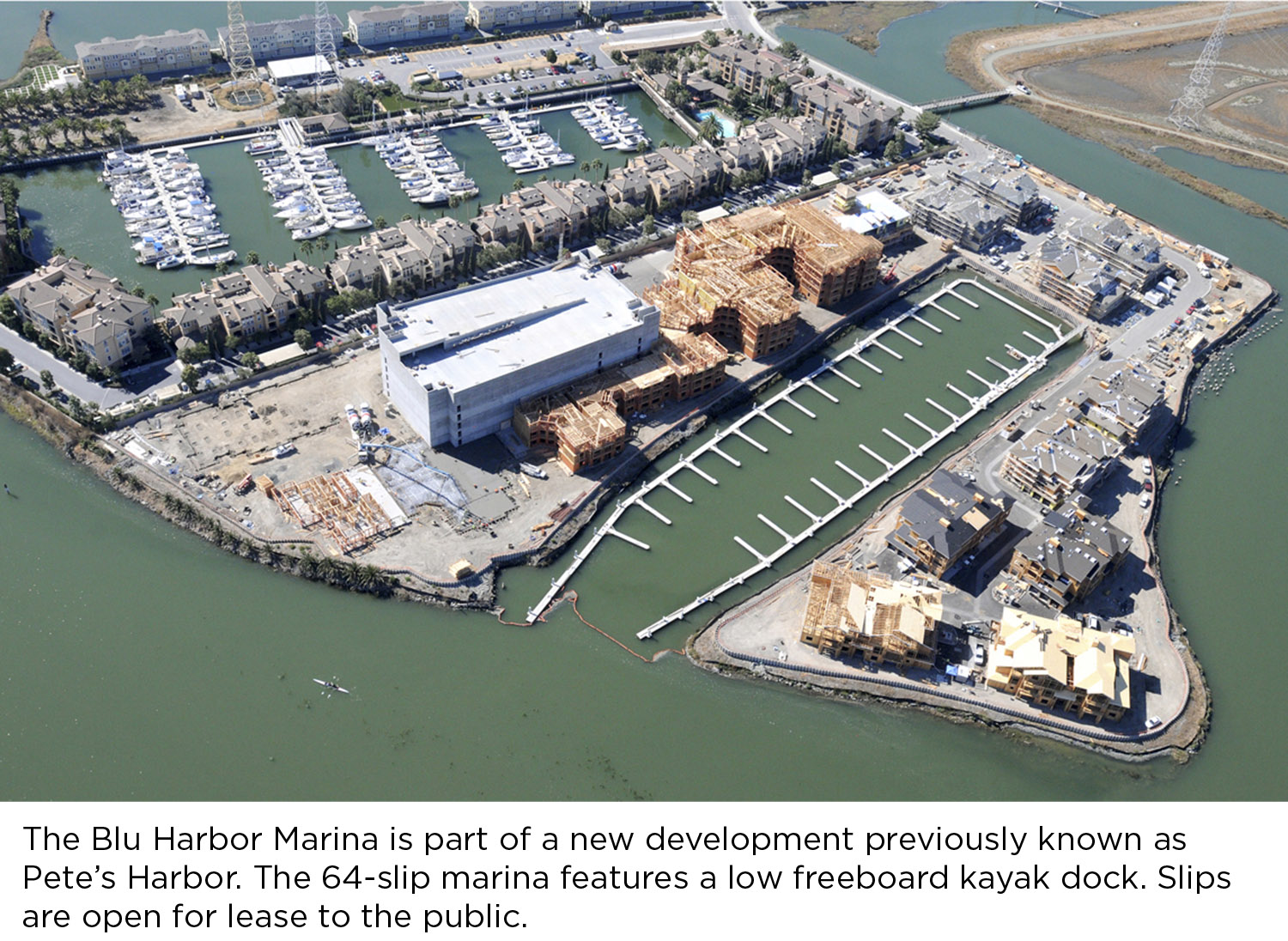 The luxury 64-slip marina in the new community development has all the latest amenities and safety measures, including a state-of-the-art fire suppression system and an ultra-low freeboard kayak dock.

Redwood City, CA, USA – 19 December 2016 – Bellingham Marine was contracted by The PAULS Corporation, a private development group based in Denver, to engineer, design and manufacture a new concrete floating dock system for the Blu Harbor community development in Redwood City, California. The project consisted of the removal of the outdated marina and the engineering and erection of a new concrete floating dock system. The new development includes a 64-slip marina, 402 apartments, a human powered watercraft launch dock and a saltwater pool. Boat slips are available to the general public and not tied to rental of the Blu Harbor apartment units according to the developer. Marina tenants will have unrestricted access to the pool, spa, fitness studios and outdoor showers.

Various updates were made to the infrastructure of the marina to ensure it met current Americans with Disabilities Act (ADA) regulations, including the creation of multiple ADA compliant slips, an 80 ft. accessible gangway and wide, stable docks.

“The beauty of concrete floating docks is that they provide an unrivaled level of stability that is a comfort to those with mobility concerns,” said Matt Salmon, President and CEO of ECR Construction, general contractor for the Blu Harbor Development. Bellingham Marine is an industry leader in universal dock design and specializes in the production of marina environments that are usable and effective for all.

Another unique amenity is the low freeboard kayak dock that was included to allow for stress-free launching of human powered watercraft such as kayaks and stand up paddle boards. The kayak dock is attached to the back side of the mainwalk near the seawall for easy access.

The marina and community expansion are subject to the San Francisco Bay Plan, which sets regulatory standards to ensure that development will be resilient to rising sea levels. The entire Blu Harbor site was raised by five feet, creating the need for Bellingham Marine to reduce the size of the previous marina by roughly 1,000 square feet.

Bellingham’s scope of work included demolition of the existing fiberglass docks and all existing utilities, and all new construction from the gangway down including engineering, design and manufacture of the marina’s new concrete floating dock system. Bellingham Marine also performed all pile, utility, and fire system installation work.