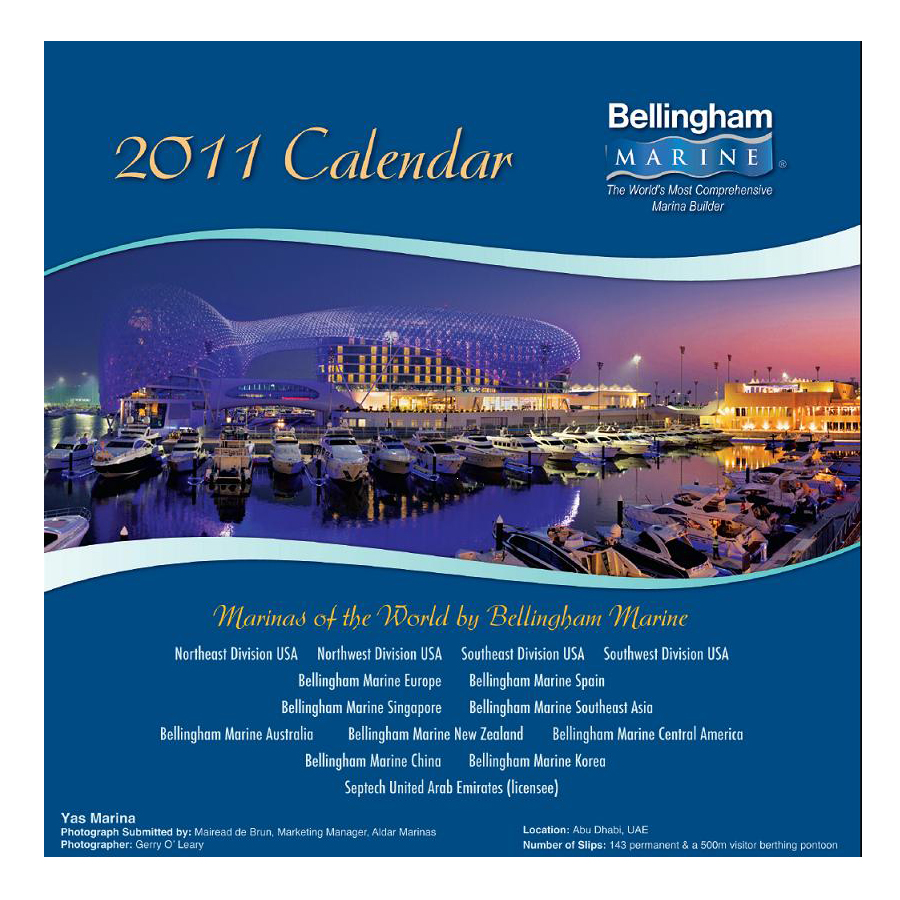 Bellingham Marine, world renowned marina builder, announced the release of its 2011 calendar. Originally published in 2008 to celebrate the 50th anniversary of the company’s first marina project, the calendars quickly became popular and are now a yearly event.

The glossy wall calendar features beautiful images of marinas from around the world that were built by Bellingham. Each year the company holds a photo contest and features the best of the images submitted in its annual calendar. Winners of the contest receive a cash award as well as photo credit.

The contest is open to the public; anyone over 18 can submit a photo. “The last two years the response from the public has been overwhelming,” said Roxie Comstock Manager of Business Enhancement for Bellingham Marine. “We had well over 200 photos submitted this year.”

According to Bellingham Marine, distribution of the calendar covers the globe reaching boaters, marina owners, developers, engineers and other industry professionals and enthusiasts on every continent.

To inquire about receiving a complimentary copy of the Bellingham Marine 2011 calendar contact the company at bmi@bellingham-marine.com.