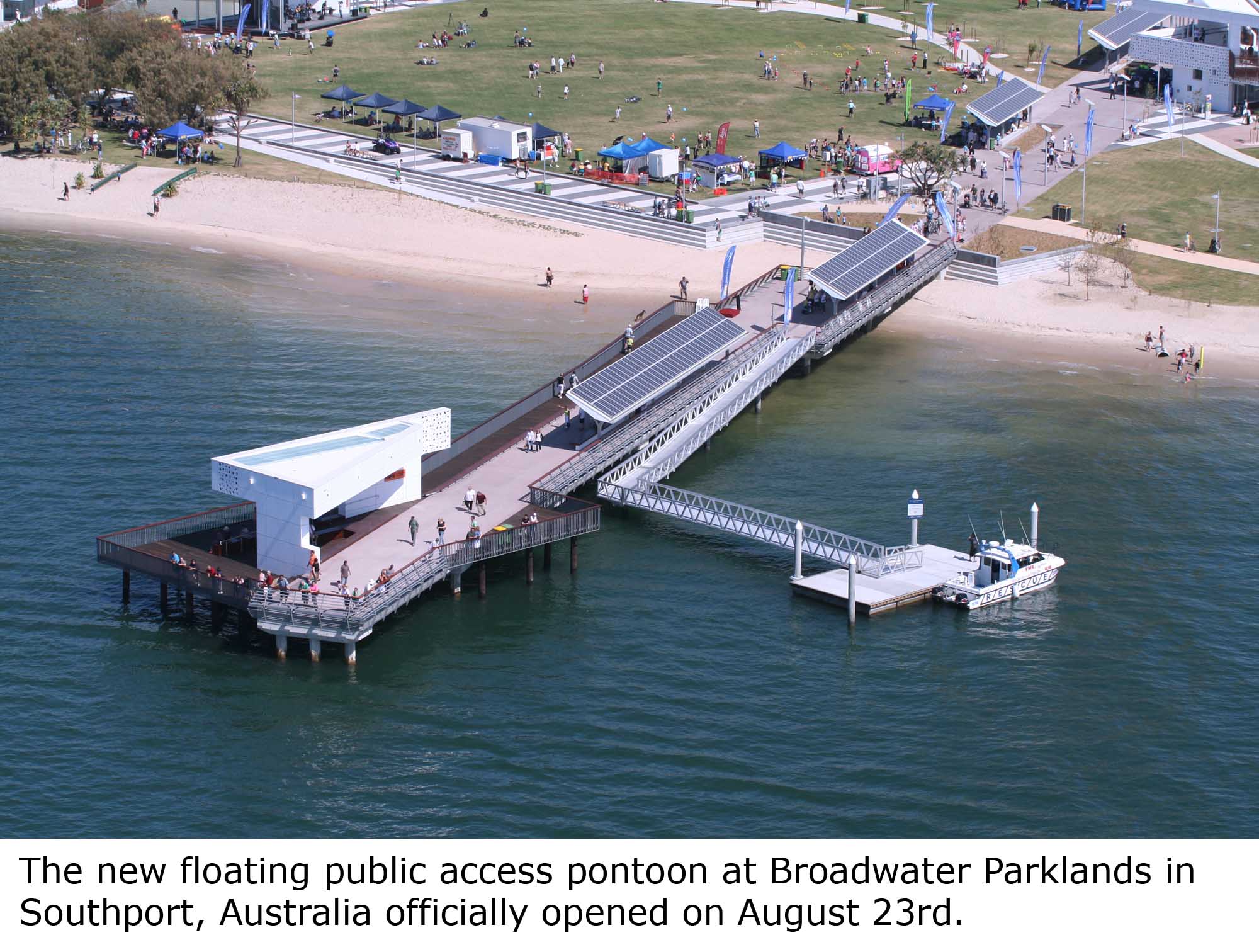 BMA was contracted by one of Australia’s leading construction companies “Abigroup”, and the Gold Coast City Council, to design, construct, and install a floating public access pontoon.

Features of the new pontoon include high stability, for public safety, high 600mm freeboard and a structural fixed and hinged gangway system of 63m (206ft) in length. The new gangway consists of 3 fixed gangways and 3 fixed intermediate landings leading to a 20m long hinged gangway, all of which was designed to be aesthetically pleasing, from not only the water and Parklands area, but also from the adjoining luxury high rise apartment towers, dotted throughout the area.

The goal of the council’s $42 million project was to celebrate 150 years of Queensland’s and Southport’s history and to reconnect the Gold Coast’s Southport Business District with the Broadwater harbour.

Long ago, the Pier at Broadwater Parklands was the place to go and was considered by many as the centre of entertainment in Southport, as it had a theatre, which introduced the first films with voice and music to Southport. The Pier also held dances, skating contests and a range of other activities. It had extensive promenades overlooking the water and a free amusement cafe, with games such as indoor golf and bowling. Unfortunately, in 1969 the pier was demolished and with it faded the surrounding festivities.

The revitalized park boasts a new gathering place for the people of Southport to reminisce and build new memories. The opening ceremony was hosted by Queensland Premier Anna Bligh, who arrived by jet boat and stepped safely onto the Bellingham Marine Pontoon.