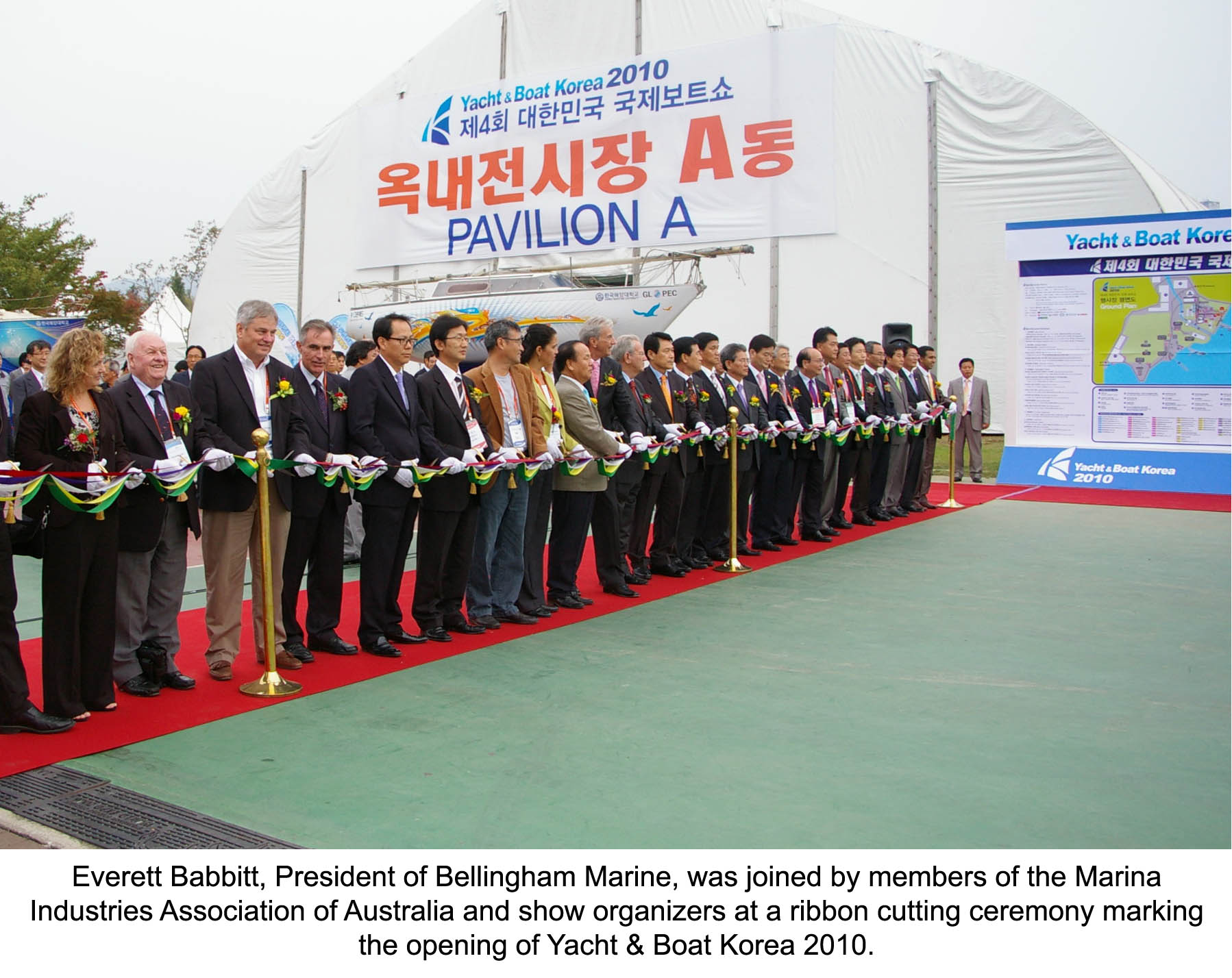 “It’s an honor to celebrate the establishment of our Korean Company here at Korea’s premier boat show,” said Babbitt. “I can’t think of a more appropriate stage on which to present Bellingham Marine Korea to the industry.”

“It is great to have Bellingham Marine exhibiting at the show,” said Barry Jenkins, International Relations Manager for Yacht and Boat Korea. “With the support of companies such as Bellingham Marine, Korea is well positioned to realize its vision of becoming a world class boating destination.”

Yacht & Boat Korea 2010 is being held in the South Korean providence of Gyeongsangnam at Goseong Dinosaur Park from October 14th through the 17th. According to show organizers the four day trade show attracted more than 130 exhibitors from 14 countries.