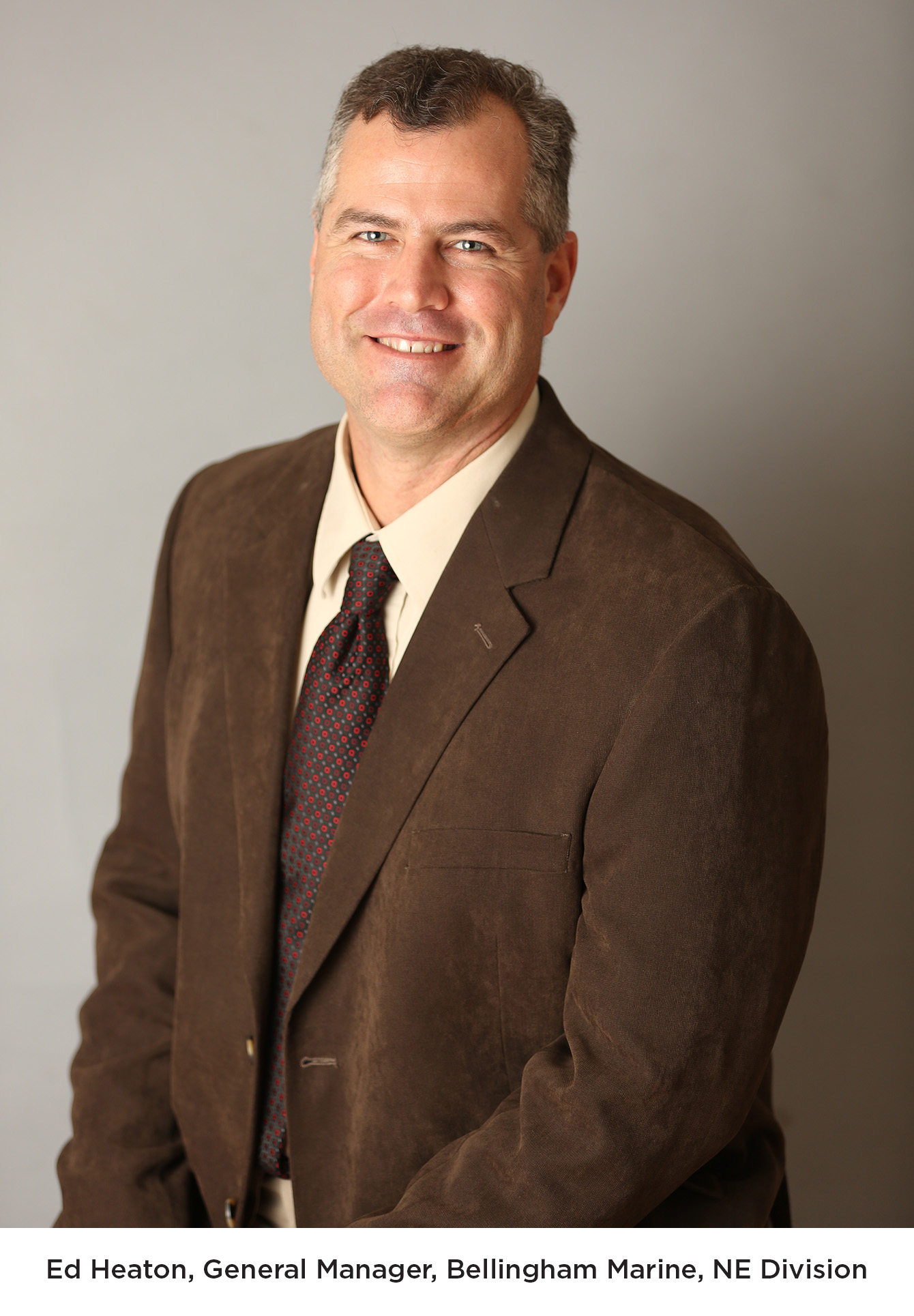 Ed Heaton, long-time employee of Bellingham Marine, has been promoted to the position of General Manager of the company’s NE Division, located in York, Pennsylvania.

“Ed has made significant contributions to the success of the company,” said Everett Babbitt, President of Bellingham Marine. “He is an extremely skilled leader and manager and is dedicated to maintaining Bellingham’s commitment to excellence.”

Mr. Heaton joined the company in 1998 as a production manager and quickly rose to the position of senior construction manager for the company’s SW division. Babbitt said, “Mr. Heaton has managed some of our company’s largest and most complex projects including the rebuild of Alamitos Bay Marina in Long Beach, California with a contract value of over $90 million.”

Mr. Heaton has a Bachelor of Science from the University of California Davis and significant training in construction management, scheduling, and contract administration.

“Opportunities in the upper mid-west and along the east coast are growing,” remarked Mr. Babbitt. “With Ed at the helm of our NE Division we are confident that we will be able to provide owners and developers in those regions with the level of talent and distinction required to ensure their projects are a success.”