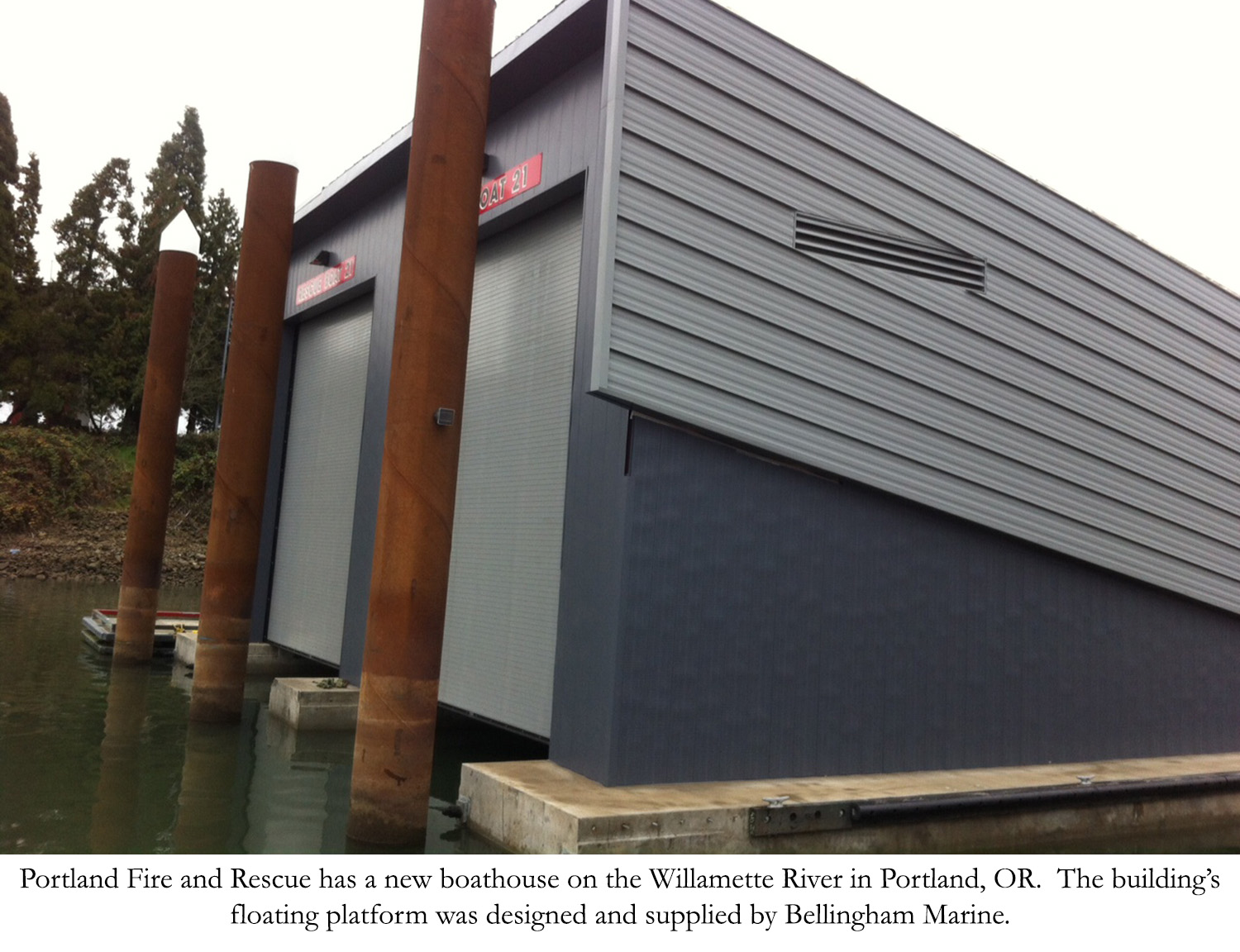 A new boathouse has made its home on the Willamette River, in downtown Portland, OR, under the Hawthorne Bridge.  The structure houses two emergency response watercraft for Portland Fire and Rescue.

Bellingham Marine supplied the floating docks for the project from their plant in Ferndale, WA and supervised the installation.  The floating structure is comprised of two main sections.  The section that supports the 4,200 square foot fully enclosed boathouse is a post-tensioned unit that provides two 60’ berths with a 5’ wide walkway around the boats inside the building. There is also a 15‘wide platform at the back of the building for staging of equipment.

Outside the boathouse is a triangular shaped “deflector” float.  “The primary purpose of the deflector float is to keep floating debris from getting lodged under the boathouse floats,” said Bellingham Marine Project Manager, Derrick Ames.  “That’s why the float is shaped the way it is and has such a low freeboard. “

The post-tensioned platform and finger piers that serve as the base for the boathouse were assembled in the water at Advanced American’s yard on the Willamette River and then towed to the site.  A unique underwater truss system was added to provide rigidity to the floating foundation and tie the three finger piers together. “The truss system helps stabilize the floats and create a solid foundation for the building,” said Ames.  The center finger is not post-tensioned, so the truss helps tie the middle finger pier into the post-tensioned floats.”

Portland Fire and Rescue Chief Erin Janssens said, “This boathouse is a critical part of a dual land-marine based modern fire and rescue station designed to withstand an earthquake and provide a quick response to both land and ever-increasing marine emergencies.”

Portland Fire and Rescue responds to emergency incidents along 149 miles of navigable waterways of the Columbia and Willamette Rivers.