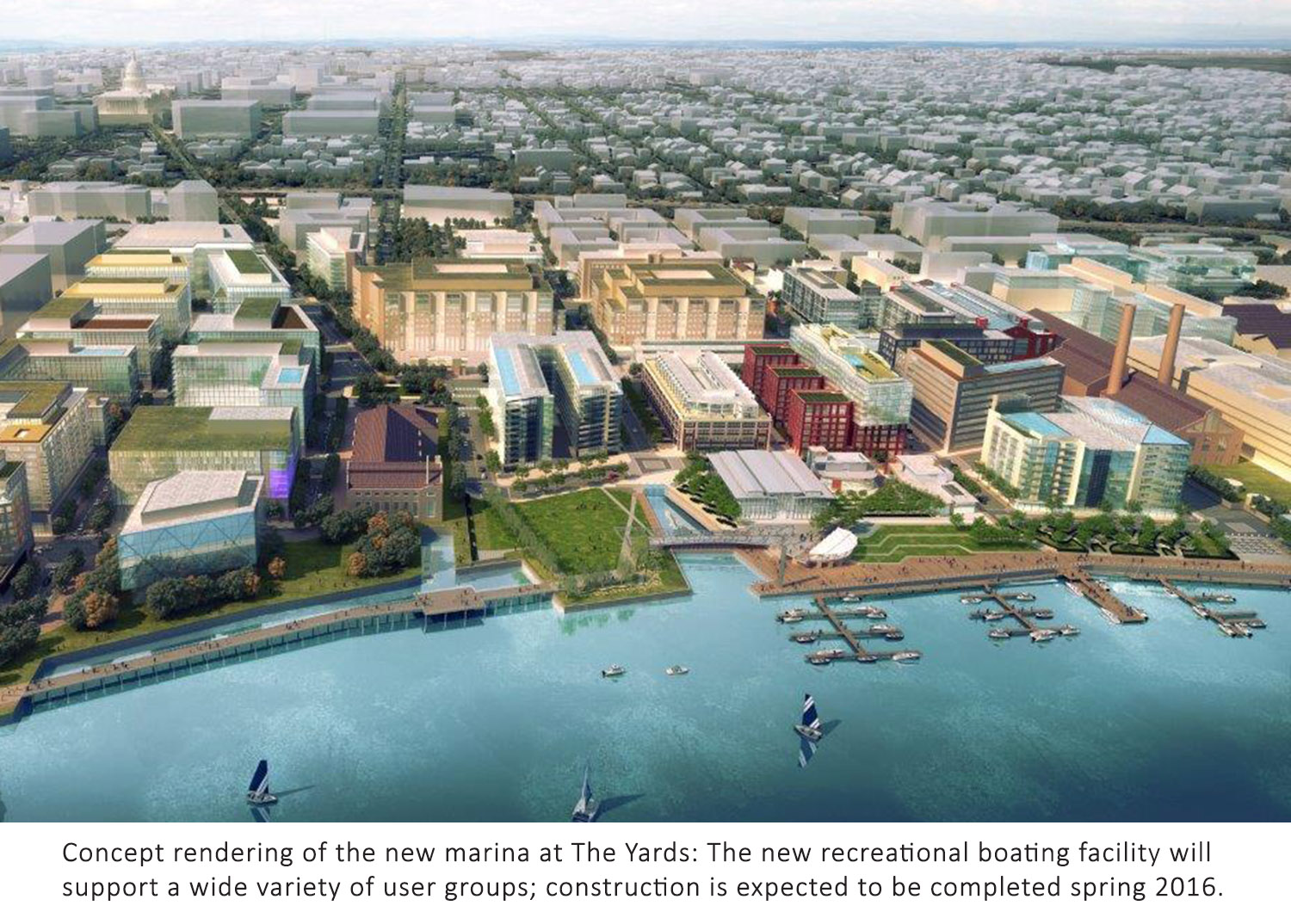 A modern recreational boating facility complete with several docks designated for public use will improve public access to D.C.’s Rivers and provide short as well as long-term moorage for area boaters.

Washington, D.C., USA – 10/29/2015 – Respected marina industry authority, Bellingham Marine and leading coastal infrastructure advisor, Moffatt and Nichol have been contracted by Forest City Washington, a mixed-use developer in the mid-Atlantic area, to bring a new level of quality to D.C.’s boating infrastructure. The new marina, being built by Bellingham Marine at The Yards, will provide boaters with a facility that promotes universal access and the industry’s best in user experience.

The new boating facility, which is scheduled to open in the spring of 2016, has been designed to support a wide variety of user groups. The facility will include:

“The development of the marina will put The Yards more in touch with one of its best assets—the river,” said Deborah Ratner Salzberg, president of Forest City Washington. “We’re eagerly looking forward to adding the boating community to the wonderful mix of residents, tenants and visitors at The Yards.”

Excavation of the upland property was started was started in October. Production of the dock components is underway at Bellingham’s plant in York, PA.  The docks will be installed starting in December with the project expected to wrap up in early spring 2016.

“The Yards’ marina project is an exciting project to be involved with; the public-private component allows the entire community to benefit from the new marina going in.” remarked Jerry Hodgson, construction manager for Bellingham Marine’s NE Division. Bellingham Marine was hired by Forest City as the design/build, general contractor to oversee construction on the land as well as the waterside.

An operator for the Yards Marina has not yet been announced. An agreement is expected to be in place and announced by early 2016.

Yards Park is the centerpiece of The Yards neighborhood located within D.C.’s Capitol Riverfront District. The neighborhood features a blend of retail, dining, residential and office space and is within walking distance of Capitol Hill and the Nationals’ ballpark.