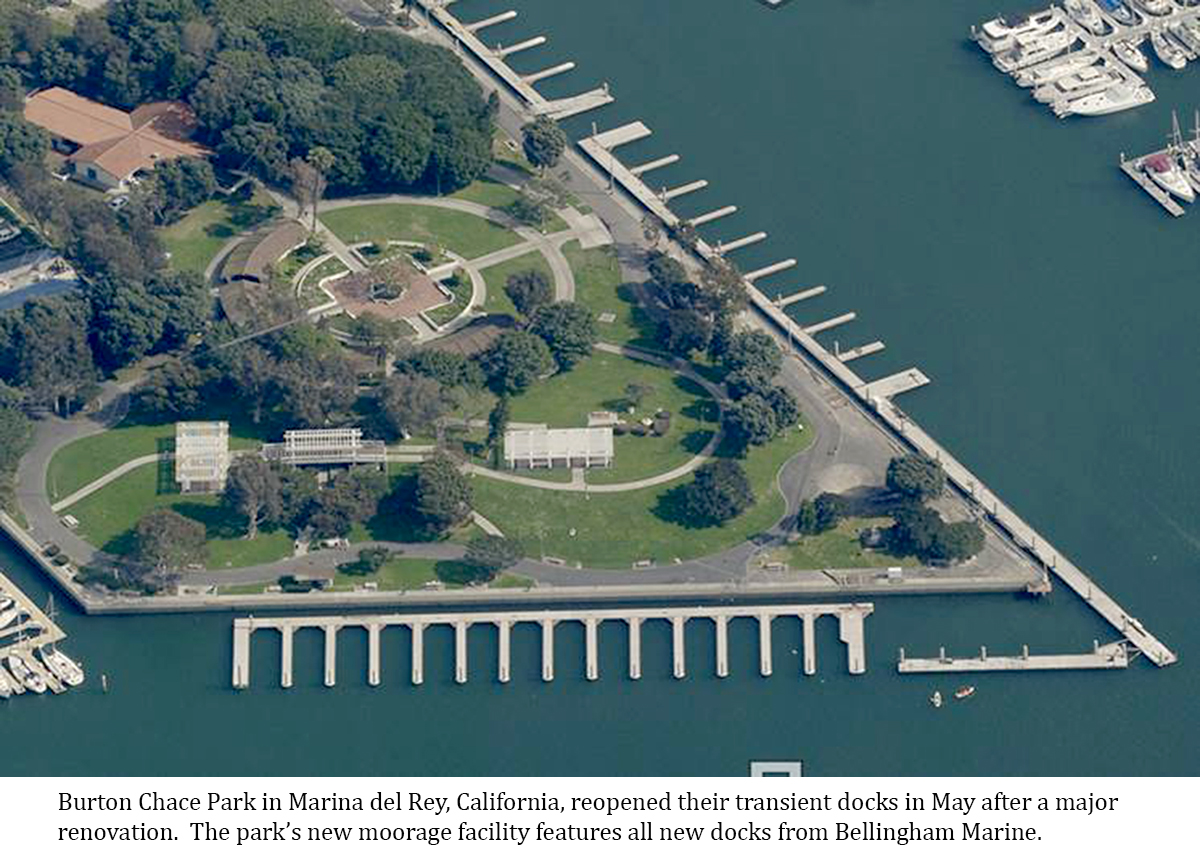 In 2012, the Los Angeles County Department of Beaches and Harbors, which oversees the public park, was approved for a $1.3 million National Boating Infrastructure Grant to fund an improvement project. The Project would include a major renovation of the park’s marina and related infrastructure. It is reported that the county provided an additional $4.5 million to complete the project.

In 2013, the project went out to bid; it was awarded to Bellingham Marine. Bellingham’s scope of work included removal and disposal of the existing dock system, manufacture and installation of the new docks, and upgrades to the utility systems.

The renovation included reconfiguring the layout of the marina to gain an additional 300 feet of side-tie space and nine slips. The new layout also provides better integration with the non-motorized watercraft storage and launch dock planned for the adjacent facility.

Chace Park’s 35 existing slips were removed and replaced with 44 concrete floating slips. In addition, over 700 linear feet of side-tie space was installed. Two of the new side-tie docks are dedicated to overnight transient moorage – one measures 300’ and the other 138’. A third dock, that’s 147’ long, provides 4-hour berthing and a fourth serves as a water bus landing. Utility repairs and upgrades for the new docks included water, fire suppression, power and sewer.

“After being closed eight months for construction, we were thrilled to reopen the park’s guest docks in May,” said Carol Baker, chief of the Department of Beaches and Harbors community and marketing services division that includes boating and recreation services. “The mega yacht dock has garnered outstanding reviews, and weekend guests have been happy to see that the four-hour docks are separated from the overnight slips, making for more peaceful stays. The free sewage pump out station on the four-hour dock is another, popular new convenience.”