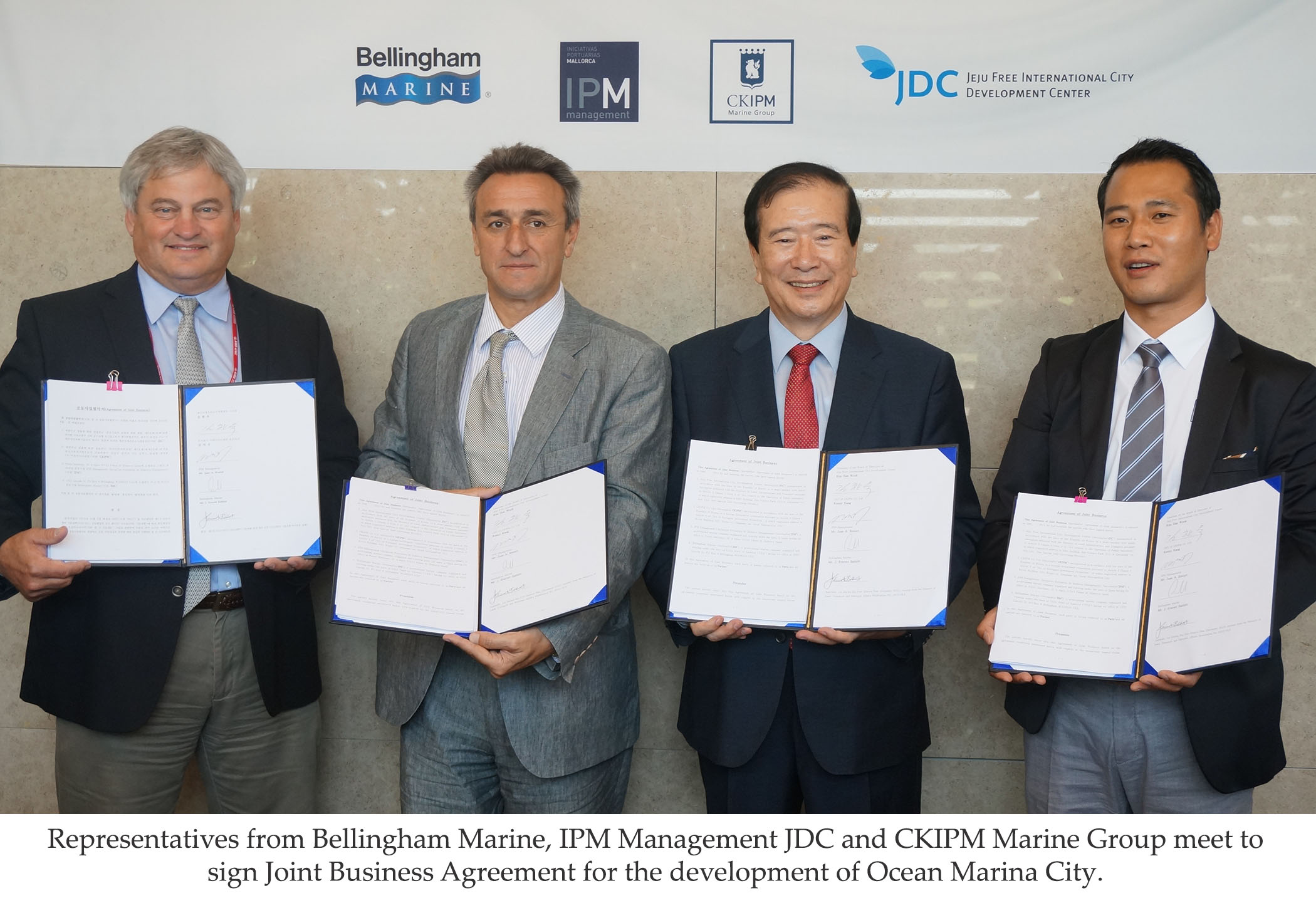 Under the agreement with the JDC, CKIPM, IPM Management, and Bellingham Marine will provide technical support and industry expertise for the development of Jeju Island’s marina sector.  CKIPM was given a 50% stake in the partnership under the joint business agreement and will participate alongside the JDC in the day to day decision making processes related to the development of Ocean Marina City.

“This agreement is unprecedented by the Korean Government,” said Ernest Ribas Tugores, Director of CKIPM. “It is extremely rare for the Korean Government to enter into a joint business agreement with Korean or Foreign companies and is a first in the marina sector.  It’s an honor to be seated on the development team of this impressive project.”

Located near Seongsan Ilchulbong, The Ocean Marina City project has been in planning since 2013 and features a total surface area of 1,381,773 m2. The marina portion of the project is estimated to be 158,671 m2.  The remaining area will support a number of residential areas and businesses including shops, restaurants, lodging, and other convenience facilities and attractions.

According to Tugores, Ocean Marina City will be a turning point for the Korean marina industry and is expected to double or even triple the number of berths on Jeju Island.  Once the project is complete, Jeju will be equipped with a marina sector on par with the world’s best.

Jeju Island is known for its beautiful beaches and World Heritage Sites. A developing tourist destination, the small Korean island welcomed over 10 million visitors in 2013.