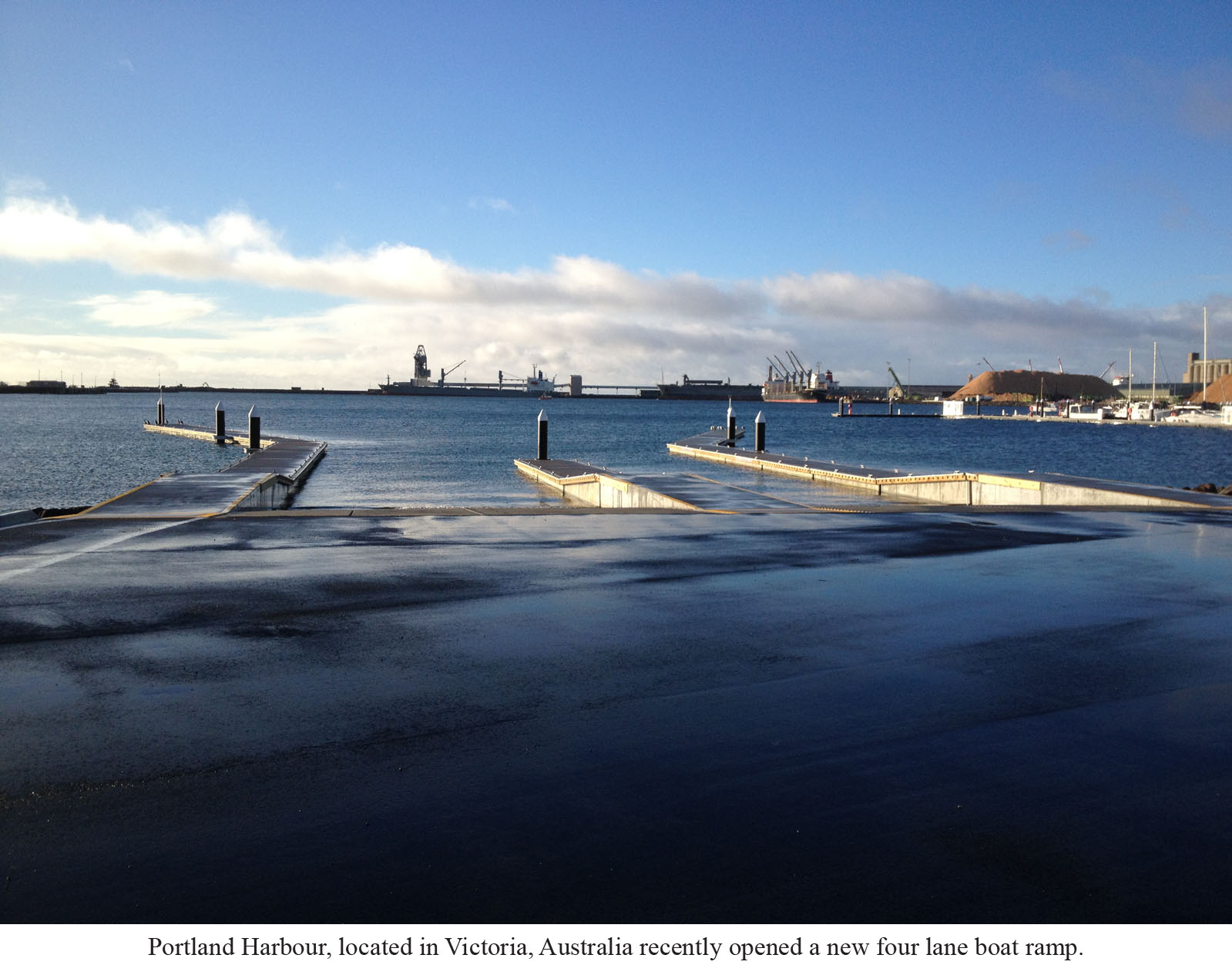 Portland, Victoria, Australia – July 23, 2014 – Where there are lots of tuna, there are lots of fisherman. Congestion at Portland Harbour’s boat ramp had become a serious problem.  The harbour was unable to handle the sheer quantity of boaters seeking access to the bay.  The opening of a new four lane boat ramp is expected to double the Harbour’s launching capacity and ease much of the facility’s traffic congestion.

The project was carried out as part of a large civil undertaking that involved reclaiming part of the harbour and constructing new access roads and car parking facilities. In December 2013, Bellingham Marine was contracted by the local council, to oversee the waterside portion of the project Bellingham Marine’s design for the boat launch called for an innovative hinged system engineered to accommodate the safe launch and retrieval of boats regardless of tidal conditions at the site.  Bellingham Marine provided and installed over 250 lineal meters of pontoons for the project.

Before the construction of the boat launch there were extensive wait times for boat owners trying to get their boats in the water.  By mid-morning the harbour was overcrowded with cars and boats.  Boaters were arriving as early as 3:00am to avoid traffic and extended wait times.

Dr. Napthine, Premier and member for South West Coast, told Fishing Boating World, “Overall this Portland Harbour upgrade provides state of the art facilities to support new tourism opportunities from recreational fishing charters, eco-tourism to cruise ships. It is already having a positive impact on the community and I trust this will continue to grow with further developments planned for this popular foreshore area in the future.” Portland’s local tuna industry is a massive contributor to the local economy.  It is estimated that up to 90% of the nation’s recreational blue fin tuna are caught in Portland Bay.