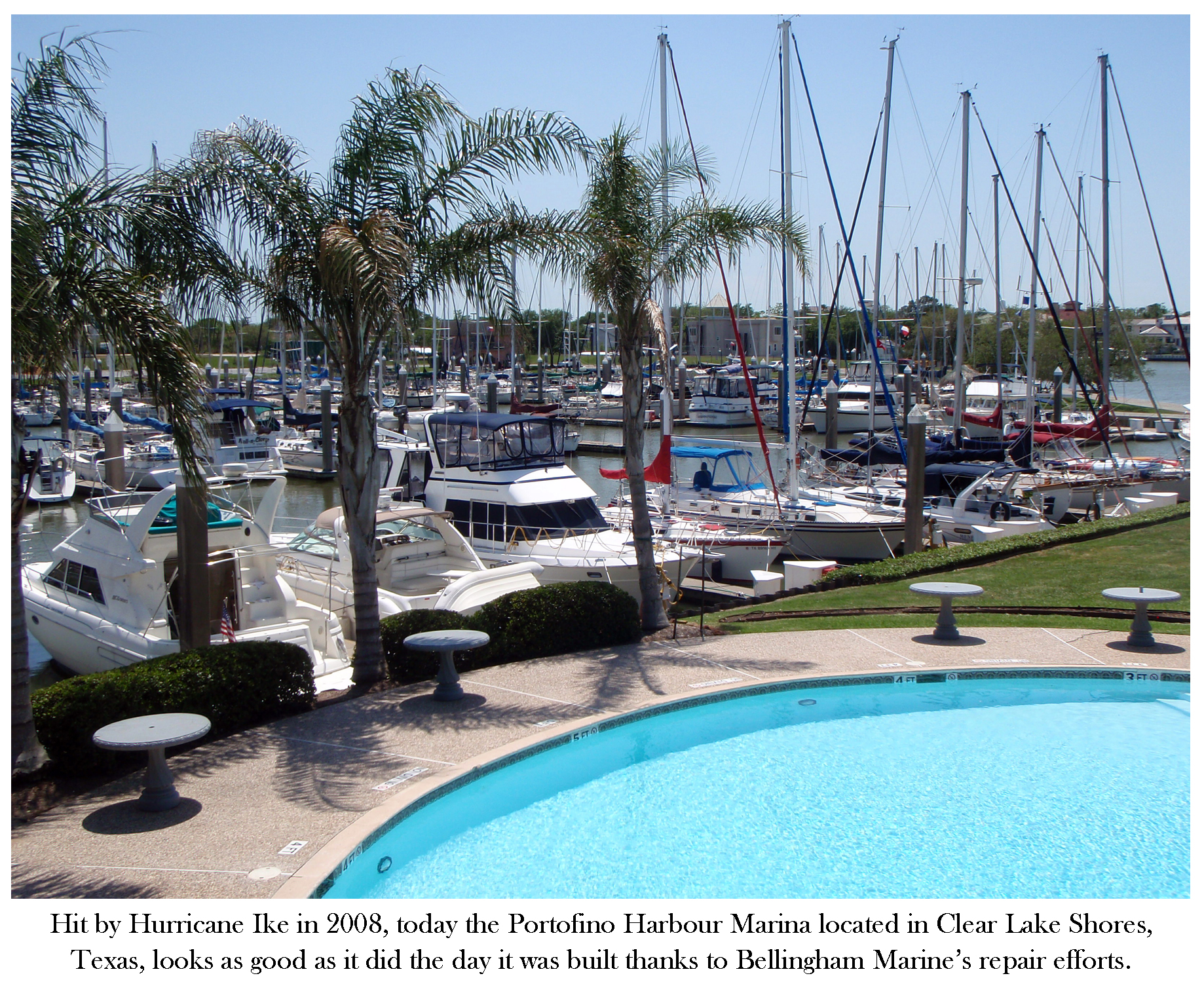 It’s been almost two years since Hurricane Ike passed through the small community of Clear Lake Shores, Texas leaving behind a trail of destruction. Like many marinas around the Clear Lake and Galveston area, Portofino Harbour marina experienced the wrath of Ike with sustained winds of 110 mph (175 km/h) and a 16 foot (4.9 m) storm surge.

Although the marina made it through the hurricane better than others in the area, the docks did sustain some damage. The marina originally built in 1984 was completely occupied during Ike and the combination of age and extreme loads put on the docks by the boats broke several finger piers and pile guides. No vessels were damaged or sunk during the storm and good fortune played a role as two 5,000 gallon fuel tanks floated into the marina and sank in the fairways without striking any docks or vessels.

In fall of 2009, Portofino hired Bellingham Marine to lead a comprehensive repair effort to restore the marina.

Four finger piers were replaced as well as additional repair work completed to replace walers, steel weldments, steel through-rods, cleats, pile guides, triangle-frame covers and other miscellaneous accessories. Due to the modular construction of the dock system, Bellingham was able to remove all finger piers from the water and perform a thorough inspection. After new wood and rods were added the floats were placed back in the water. The main walkways were rehabilitated in place allowing crews to keep the utility systems intact resulting in hundreds of thousands of dollars in repair costs savings.

“The refurbished marina looks like new; you’d never guess the docks were 26 years old,” remarked Roy Nelson, President of Portofino Harbour. “The whole process went smoothly and we were able to keep our owners in the marina. Boats were moved around within the basin as the work progressed.”

“The docks still had a lot of life in them,” said Steve Ryder, Manager of Project Development for Bellingham Marine. A total of 16 float modules out of 824 were replaced during the work. “These old floats show little signs of the years of service they’ve provided and have many years left in them. A complete rebuild did not make sense.”