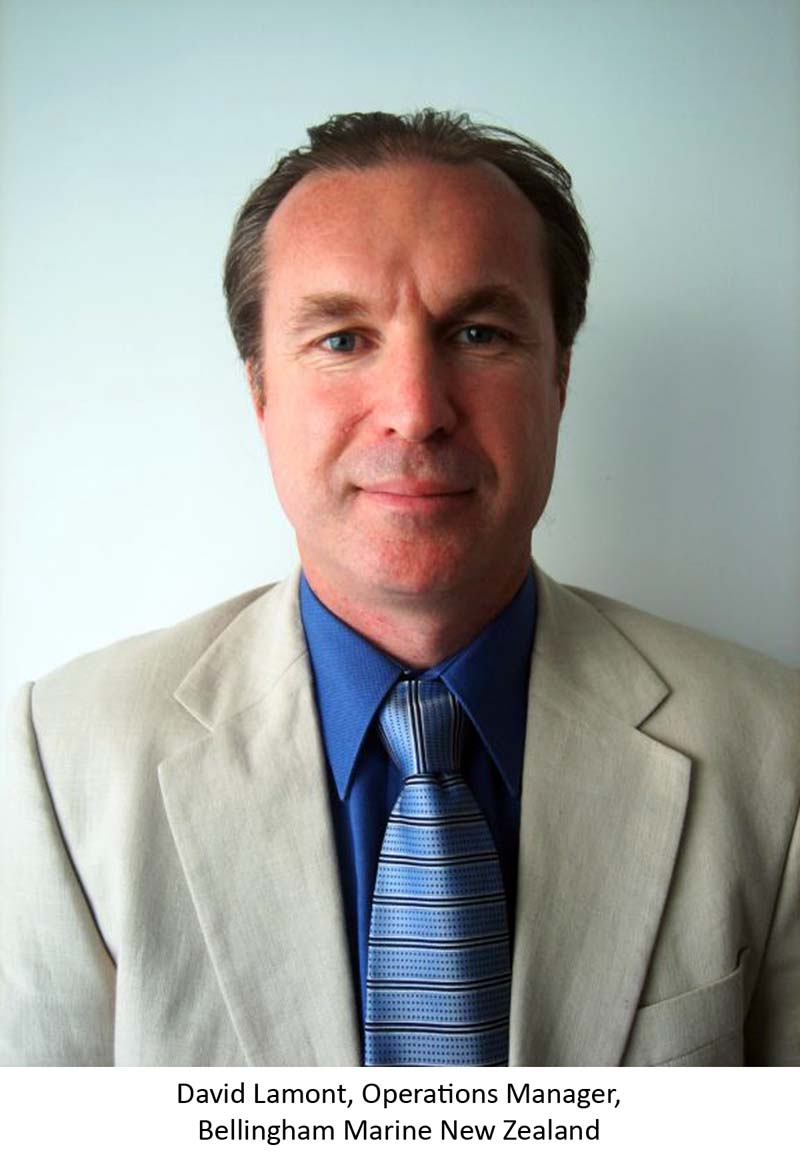 Phil Greenman, Vice-President of Bellingham Marine announced the recent appointment of David Lamont as the company’s Operations Manager of its New Zealand Division. In his new role, Lamont will be responsible for the operations of the East Tamaki production facility, as well as assisting with on-site management.

“I am happy to be back in New Zealand and working with the Bellingham Marine team here,” says Lamont. “The division is currently in the middle of several important projects and I look forward to building on the recent successes.”

David joined Bellingham Marine in 2003 as part of the company’s operational team with an objective to study, implement and improve manufacturing and construction systems to allow expansion of the company in overseas markets. In 2004, David moved from New Zealand to Spain to set up and supervise the production and installation of the company’s first European project in Barcelona. In 2008, he moved to Costa Rica to support Bellingham Marine’s operations in Central America, and in 2010 David moved to Xiamen to assist Bellingham’s expansion into China.

“Bellingham Marine thanks Mr. Lamont for his dedication to the company and congratulates him on his reappointment as Operations Manager of New Zealand. His knowledge and experience will be a valuable asset to the New Zealand Division,” commented Mr. Greenman.

David has a Bachelor of Science from Auckland University with a focus in coastal morphology, and a diploma in Business Management. His areas of expertise include systems implementation, quality control, production, employee management, budgeting, and timeframe achievement.