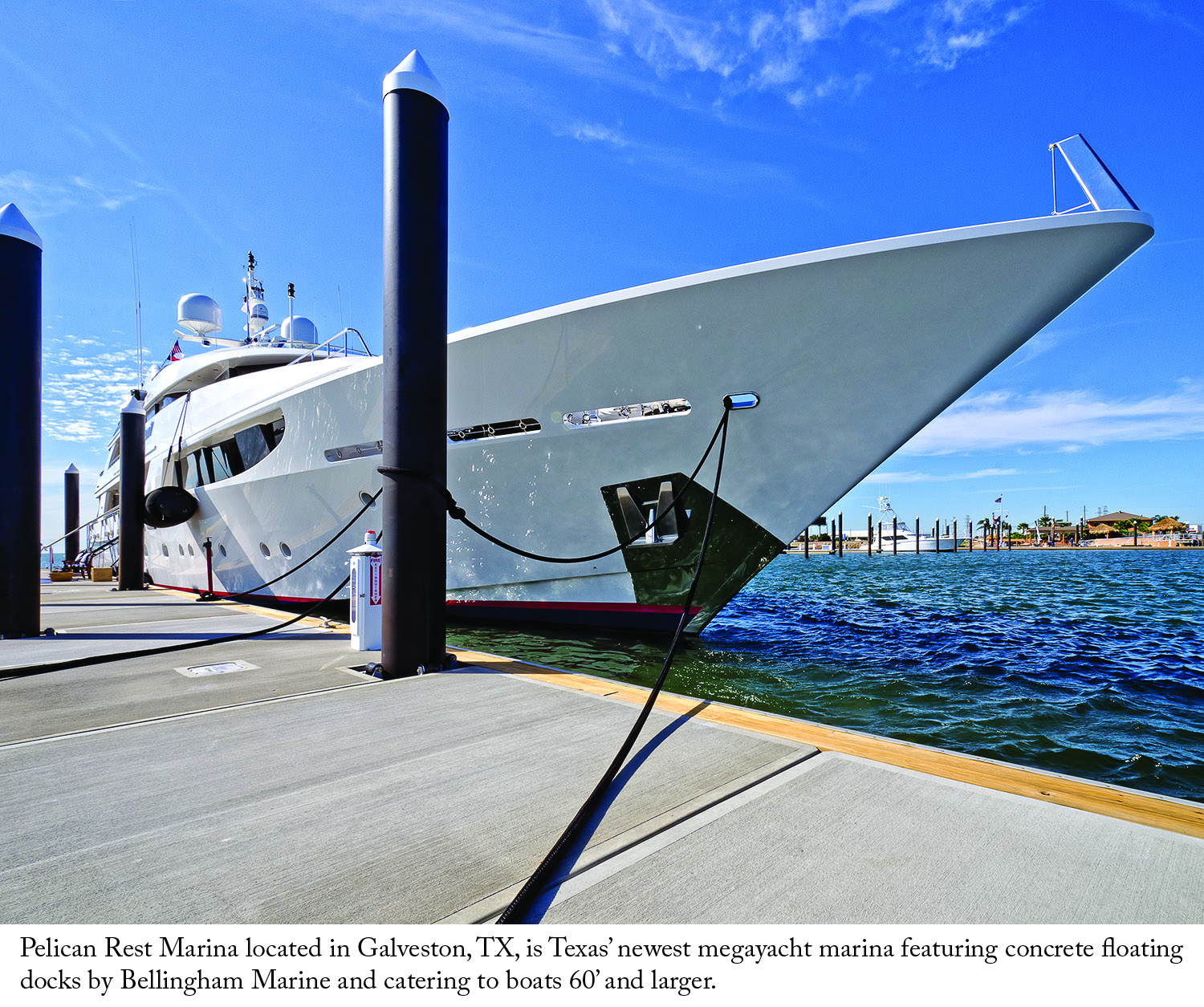 In 2008, Hurricane Ike tore through the Gulf Coast of the U.S., hitting hard the towns along Texas’ coast and leaving a number of the area’s marinas in disrepair. Over the past several years, many of the marinas affected by Ike have been rebuilt – Pelican Rest Marina located in Galveston, Texas, is the latest to complete new construction.

From the beginning, the vision of the owner for Pelican Rest Marina was clear; build a high-end marina catering to 60 foot and larger class sport fishing yachts as part of a mixed-use upscale complex. After Hurricane Ike the debris was cleaned up and Pelican Rest Marina began to transform the site into a tropical showpiece for the “Gateway to Galveston” for both cars arriving via the adjacent Gulf Freeway and for boaters looking for a great stop while cruising or for a permanent home for their boat.

In addition to the marina, the property’s upland structures are nearing completion. A five star steak house will open its doors in November and construction of the condominiums is anticipated to be completed in 2014-2015.