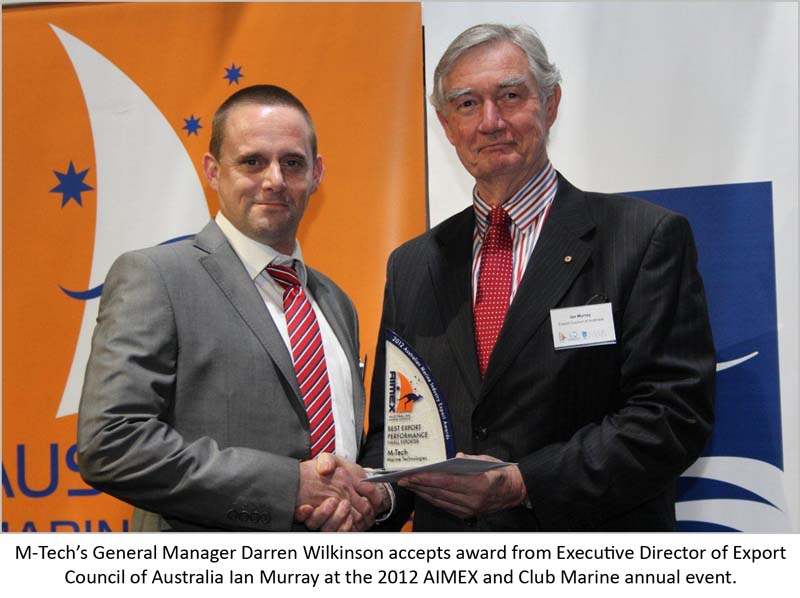 M-Tech specialize in the manufacture of innovative marine and leisure utility equipment and accessories, ranging from Marina Utility Service Pedestals, Emergency Service Equipment, Sanitation Pump out Equipment to Instant Response Fire Carts. Their export market is growing, and due to the vast stocks that are held in their Queensland facility, spare parts can be exported within 24 hours, anywhere in the world.

As the marine industry has been struggling through an economically tough period, M-Tech’s key point of difference was their forceful approach in successfully securing these export opportunities. The appointment of Darren Wilkinson in 2011 as General Manager provided M-Tech with a wealth of experience and advantageous relationships.

Currently exporting to over 26 different countries, M-Tech is well on the way to expanding their global coverage even further. And with Australian manufacturing facing tough trading conditions, M-Tech continues to excel in the International marketplace.