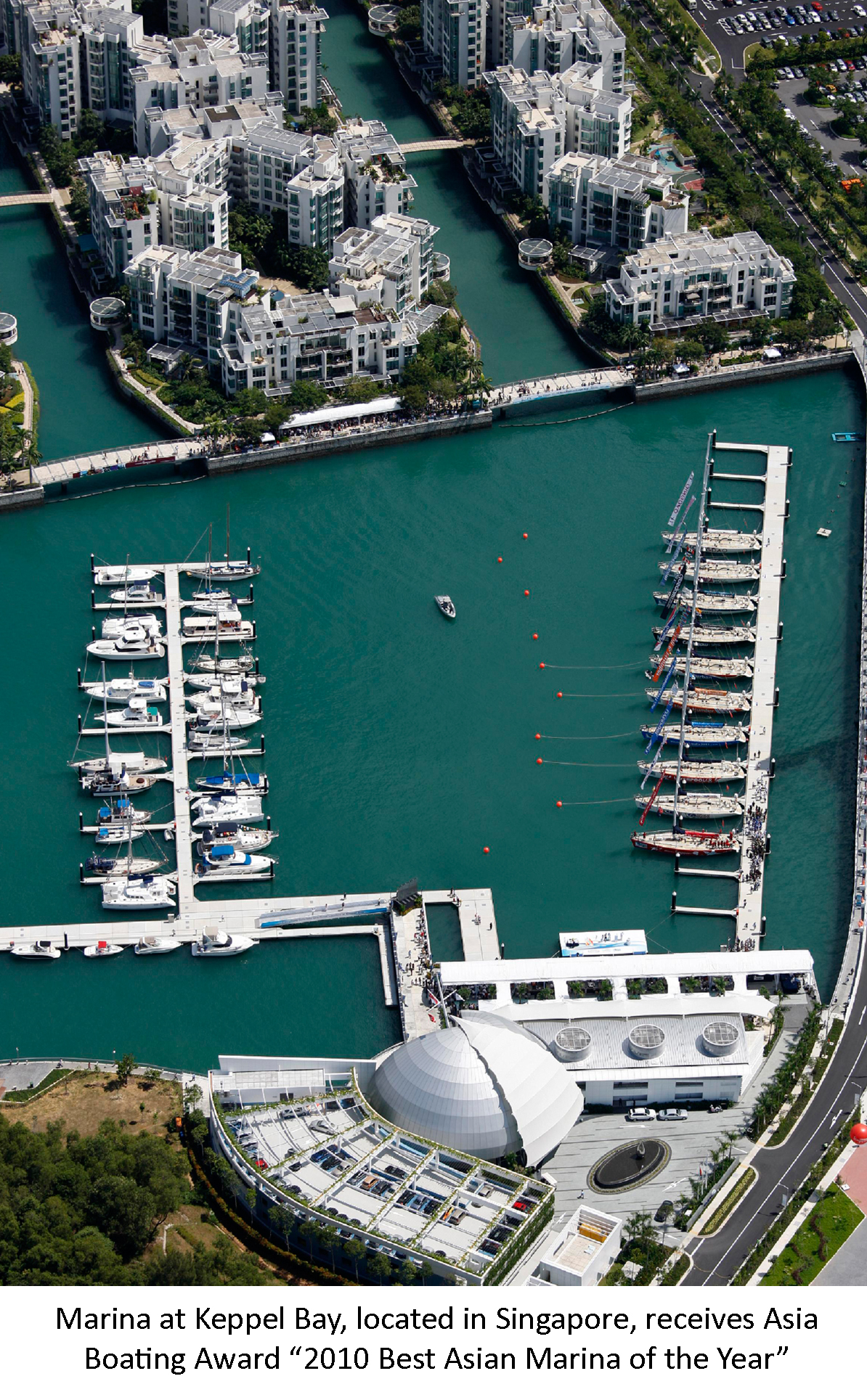 “This is one of the most competitive categories within the Asia Boating Awards with very strong competition from Hong Kong to the UAE,” commented Trevor Fong, General Manager MKB. “For us, this is not only about providing excellent facilities but more importantly, exemplary services without compromise on safety and security for homeowners and residents at Keppel Bay as well as our marina customers. This award reflects the shared commitment to quality and excellence by Keppel and partners such as Bellingham Marine.”

The “Best Asian Marina of the Year” award honors marinas and design representatives who have made a difference in the maritime industry.

Marina at Keppel Bay was designed by Bellingham Marine in partnership with the Keppel team. The facility features state-of-the-art modern concrete floating berths with capacity for 127 yachts, including mega-yachts of up to 250 feet (76 meters). The berths were constructed over two phases, with 75 berths in phase one and 52 additional berths built in phase two. A third and final phase will commence shortly, which will bring the total berthing capacity of the marina to 166.

In a short amount of time, MKB has developed a strong brand that has become known for its world class service, exceptional facilities, and embodiment of the luxury marina lifestyle. Located on privately owned Keppel Island and designed with yachting and yacht owners in mind, MKB is uniquely positioned as Singapore’s premier destination.

Trevor Fong, Francis Olsen and the entire MKB team along with Sim Kim Hui and his construction team need to be congratulated.

Conceived in 2005, the Asia Boating Awards has 22 categories all focused on the maritime industry. The awards are organized by Blu Inc Media, publisher of Asia-Pacific Boating and China Boating Magazine.