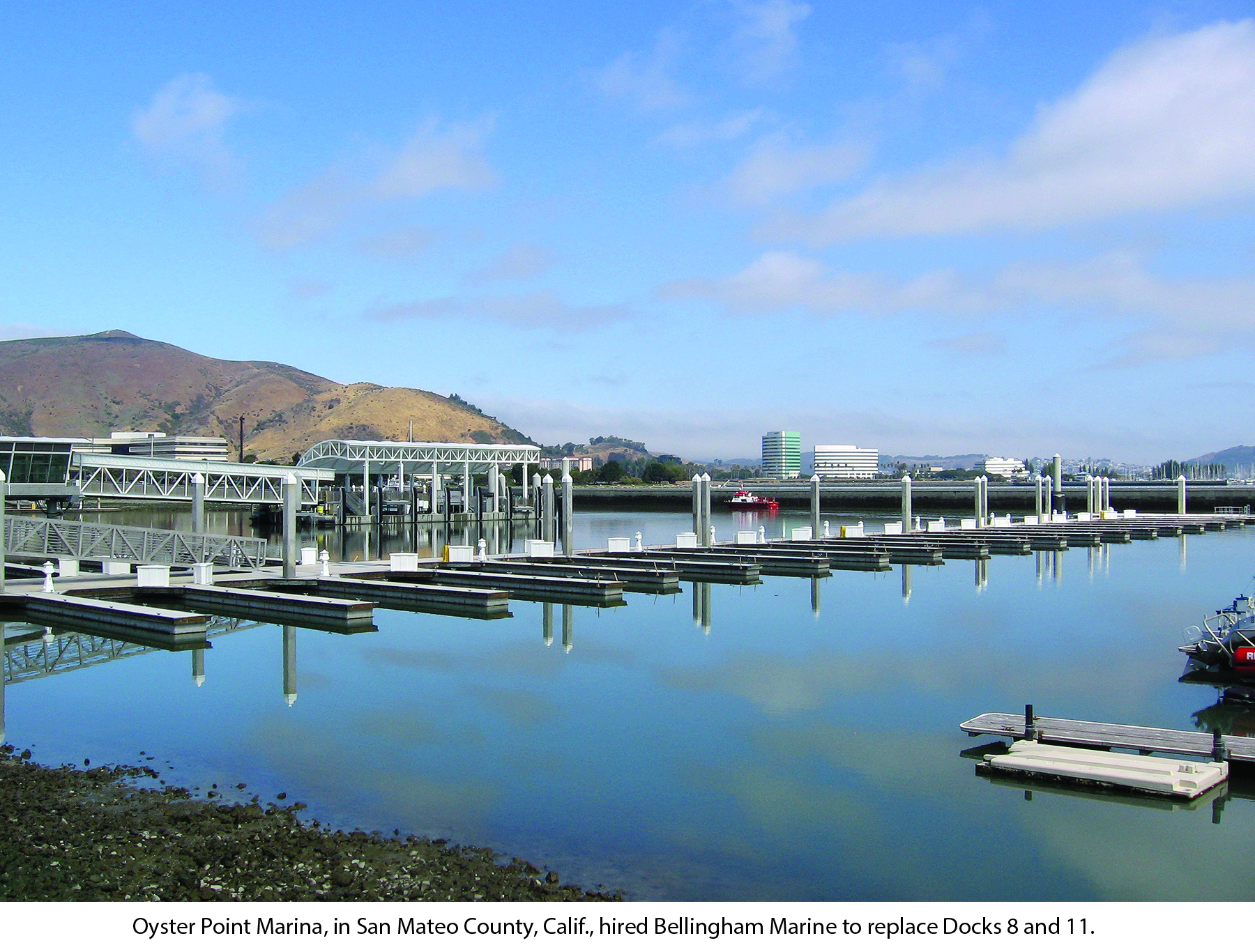 Oyster Point’s existing 20 plus year old glu-lam, timber system was replaced with Bellingham Marine’s concrete floating docks fitted with upgraded utilities and accessories. Upgrades were made to the marina to provide improved moorage for boaters in the San Francisco Bay area. Demolition started in January 2013. The marina’s guest dock, dock 8, was the first of the two to be replaced. The new guest dock provides 156 feet of side-tie moorage and is made accessible with a new 90 foot ADA gangway. Power and potable water are available on the dock for visiting boaters.

The second to be rebuilt was pier 11. The existing pier at dock 11 was replaced with a 332 foot long main walk with 24 single berth slips for boats up to 45’. A match-cast 21’ x 79’ floating platform was built at the bottom of the new 80 foot gangway to support traffic moving on and off the dock. The landing platform also provides additional moorage space. Bellingham Marine’s scope of work included demolition of the existing docks and the design, manufacture and installation of the marina’s new concrete floating dock system.

The marina’s old glu-lam docks were given to the America’s Cup to provide temporary moorage for racers over the summer. They will later be donated.

Oyster Point marina boasts 455 berths, a boat launch, fuel dock and a 300’ fishing pier. Other amenities include a 33 acre park with hiking and jogging trail, picnic facilities and a 2.5 acre sandy beach.