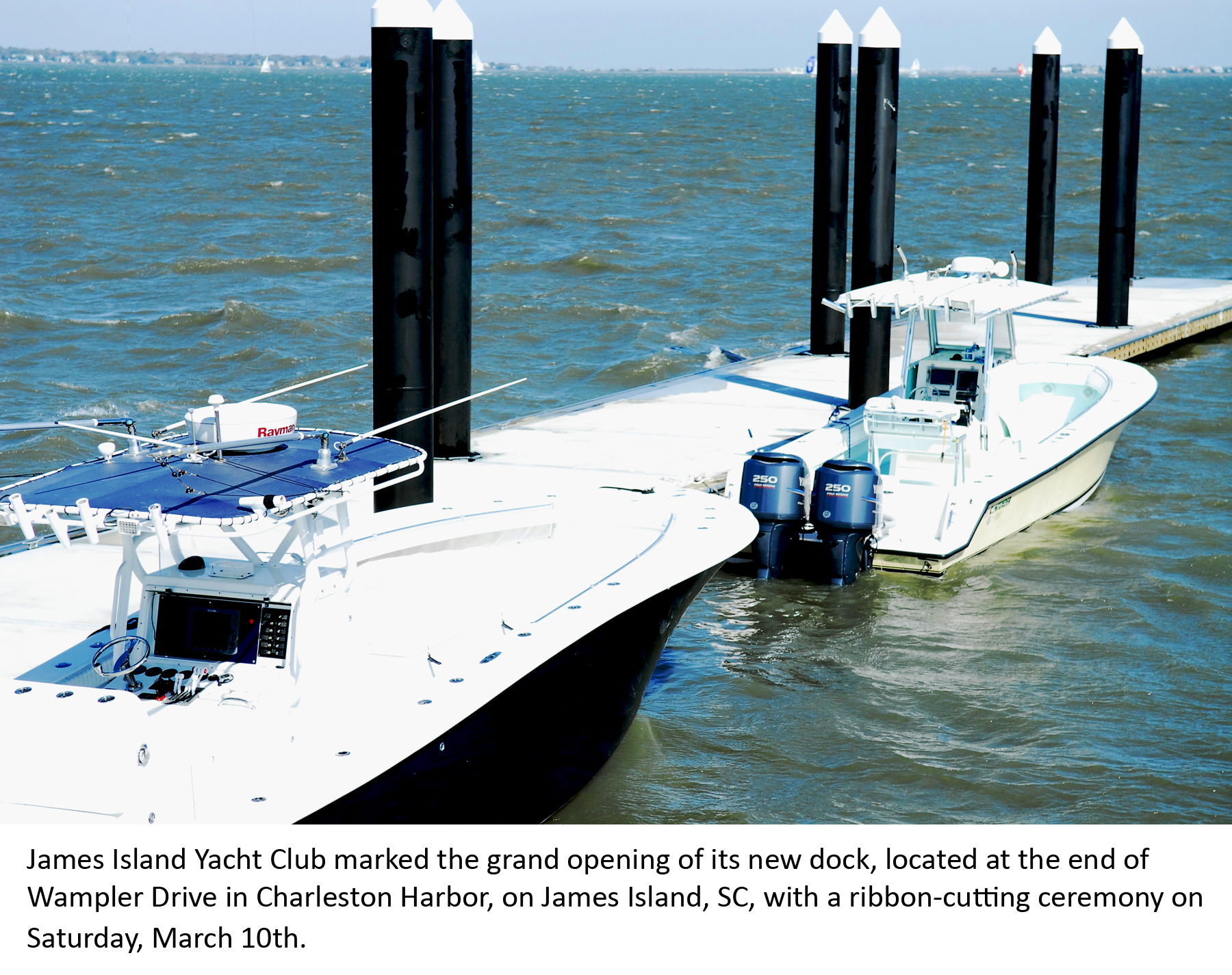 James Island Yacht Club marked the grand opening of its new dock, located at the end of Wampler Drive in Charleston Harbor, on James Island, SC, with a ribbon-cutting ceremony on Saturday, March 10th. The Club’s Commodore, Mike Spivey, as well as many of the club’s members, and professionals who worked on the project were present for the ceremony. The new dock replaces the club’s former launching facilities located at the same site.

The club’s existing fixed pier and small launch float were replaced with a new fixed pier and 400’ of concrete floating docks from Bellingham Marine. “The [new] dock was constructed with great care and sacrifice by a dedicated group of yacht club members who served unselfishly to ensure its success,” remarked Spivey.

Situated at the end of the new fixed pier is a 240’ Unifloat dock for short term moorage and running parallel to the pier is a 160’ Unifloat launch dock. Two new gangways provide pedestrian access to the floating docks from the pier and a hoist helps move boats in and out of the water.

“The new facilities have had a positive impact on the club as well as the community,” said David B. Hazeltine, lead architect on the project for Cusick Hazeltine Architects, LLC. “Without Bellingham Marine’s involvement, the project would not have been supported by the club. The company’s extra efforts and dedication to the process of working through the design and pricing made all the difference and made it a pleasure to work through the details.” James Island Yacht Club was established over 100 years ago to promote sailing among its members and the community. The club has an active membership base and is best known for their sailing programs, community events and most notably for the Special Olympics Regatta.