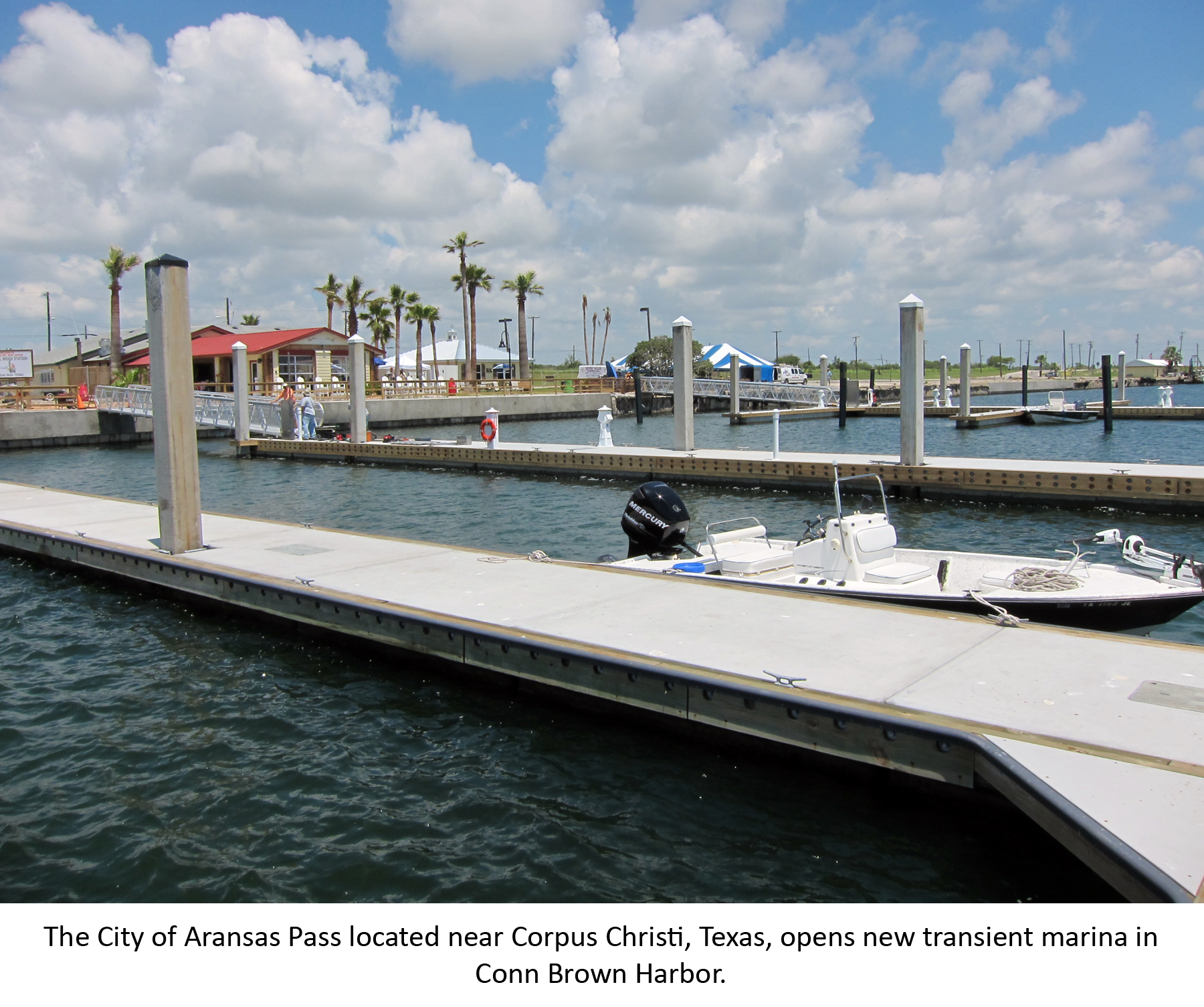 Residents of Aransas Pass live and breathe fishing. The waters of Conn Brown Harbor are rich with fish and provide easy access to the Intracoastal Waterway. Once a natural safe harbor for local shrimp boats, when the shrimp industry died, so did the surrounding area. Businesses closed, boats were abandoned and the area became a ghost town.

For many years, the waterfront was neglected and the potential of Conn Brown Harbor sat unrealized. That has recently changed. In 2011, the City of Aransas Pass received funding through a grant program referred to as BIG (Boating Infrastructure Grant) to help finance the cost of a transient marina. The plan for the marina was to provide short term moorage for anglers and recreational boaters.

Once funding was secured, the design for the marina was finalized. Bellingham Marine was hired as the design /build contractor. The completed facility includes slips for boats up to 60’ with side-tie space for boats up to 100’. 75% of the total cost of the project was funded through the grant; the city provided the remaining 25%.

Power and water are available on the docks. A fuel dock is also on site. Upland from the marina is a dry storage facility with racks for 250 vessels. The docks as well as the drystack building are managed by Redfish Bay Boathouse.

According to Mike Moore, Operations Manager for Redfish Bay Boathouse, the project has been a great success story. “Everyone is elated,” remarked Moore. “They love the new marina and what it’s doing for the area.” The grand opening of the marina was marked with a Redfish tournament hosted by Cabela’s; Fox Sports SW was present. 42 boats and 84 anglers participated in the tournament.