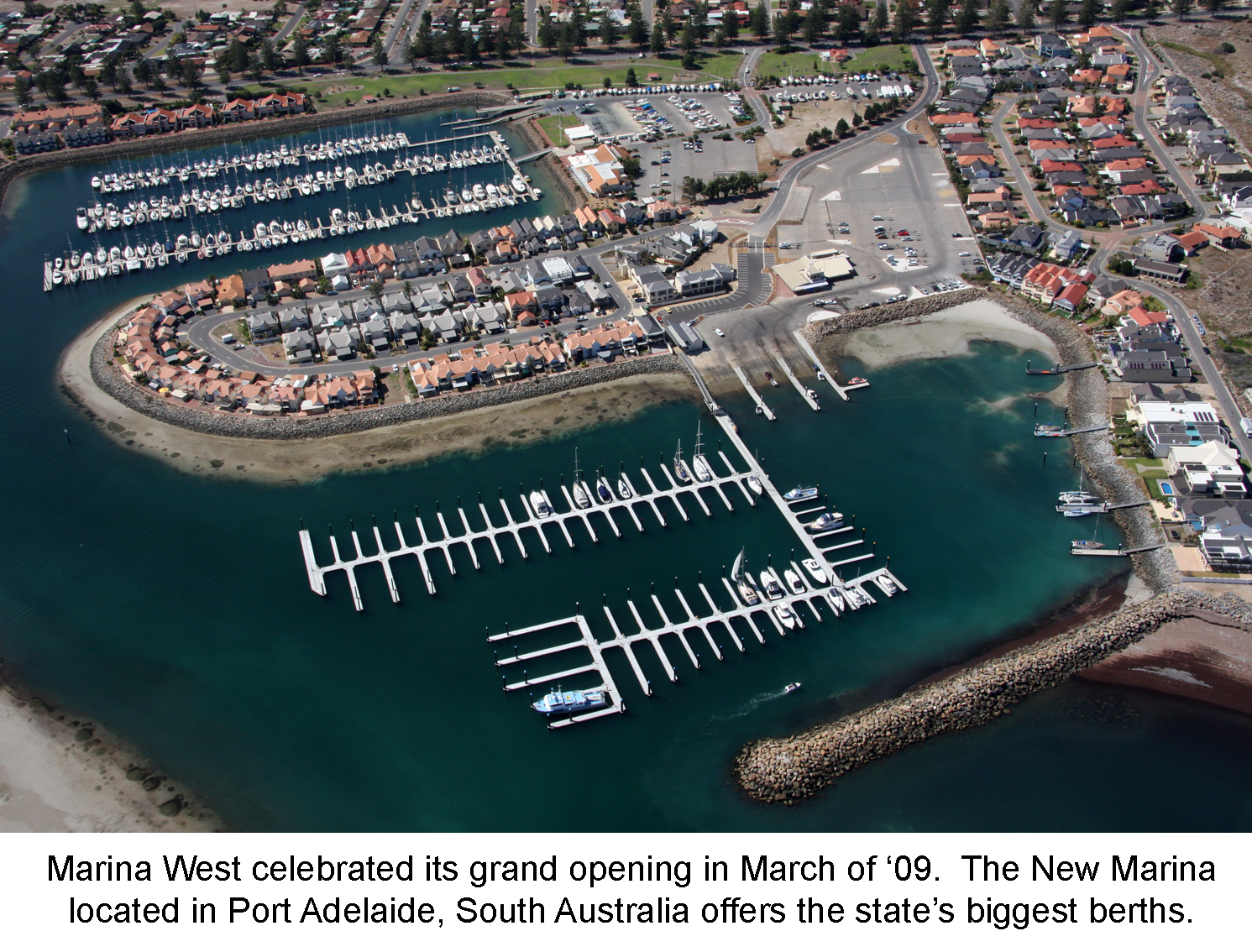 Port Adelaide, located in South Australia, is undergoing a period of growth and redevelopment. The local government plans to spend an estimated $1.5 billion to revitalize the area.

Marina West, which celebrated its grand opening in March of this year, is Port Adelaide’s newest development. The state-of-the-art boating facility, developed and operated by the Cruising Yacht Club of South Australia (CYCSA), is an extension of the Club’s existing complex on the coast at North Haven. Marina West adds 73 slips to the region and offers the state’s biggest berths.

The Club hired Bellingham Marine to oversee the design and construction of the new marina. The completed marina boasts world class accommodations, and positions Adelaide as a distinct player in the international boating arena. Berths range in length from 11 meters to 35 meters. The marina features Bellingham’s Unifloat dock system with high freeboard and extra wide walkways.

“We have worked hard to ensure every aspect of the marina was completed to the highest standard,” remarked Craig Evans Club General Manager. “And the larger slips will help satisfy the growing number of people considering larger craft; initially a lot of interest for the larger berths came from existing club members. “

The marina offers the latest in amenities and security. All slips are single berth with provisions for utilities, including metered power and metered potable water. The larger slips also feature reticulated sewer pumpouts.

Members can lease or sell their berths, as CYCSA owns not only the freehold of the land, but also that of the water. This ability offers boat owners much more flexibility and freedom, and makes Marina West unique among other marinas.