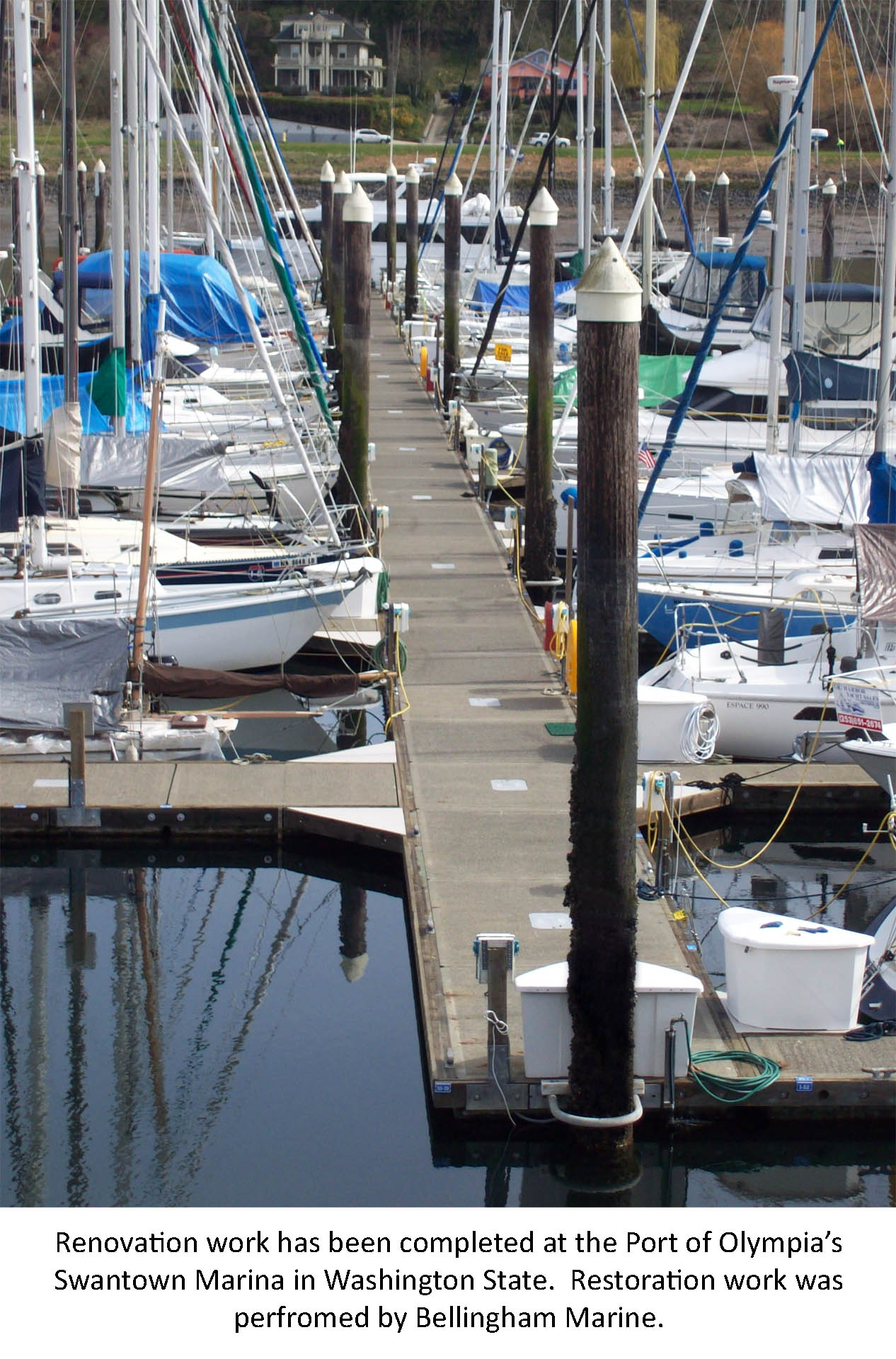 Bellingham Marine announced the final completion of a $1.4 million renovation at Port of Olympia’s Swantown Marina located in Washington State.

John Thompson, Project Manager for the Port of Olympia, states that “some of the finger docks were raised by a good 4 inches as evidenced by the mud line under the woodwork. The docks haven’t looked this good since they were built.”

“Depending on the condition of the docks, comprehensive repairs can be a cost effective way to delay total replacement,” said Bellingham Marine’s Manager of Project Development, Walt Jackson.

For the Port of Olympia, the repairs mean another decade or two of revenue before plans for replacement will have to be revisited.

Swantown Marina has been providing South Sound boaters with convenient moorage and day use access to Puget Sound since 1983. Owned and operated by the Port of Olympia, the marina currently maintains approximately 700 slips ranging in length from 20 feet to 70 plus feet.