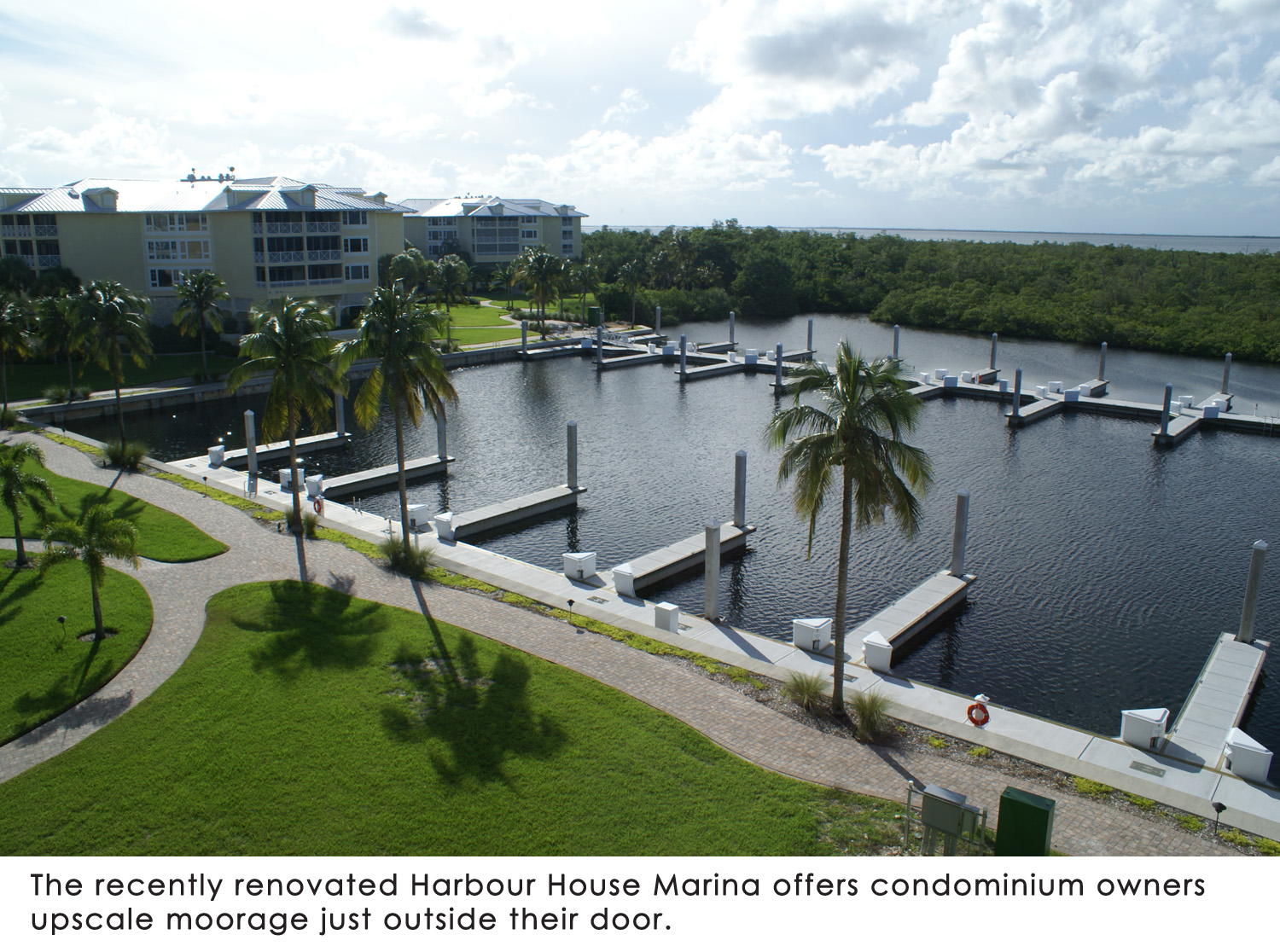 Located within the rich tropical grounds of the exclusive Ocean Reef Club on Key Largo Island in the Florida Keys, Harbour House is a unique condominium arrangement that provides owners with access to all the amenities the club has to offer including convenient boat moorage.

Harbour House’s private marina includes 50 slips for boats up to 40 feet LOA. In 2011, the condo association made the decision to upgrade their marina to offer slip holders an upscale experience; Bellingham Marine was hired as the design/build contractor.

The condo’s original marina was supplied by Bellingham Marine in the 70’s and had gone through a number of hurricanes. Although it had fared well through the storms, after 40 years of use members wanted to update it to include some modern conveniences.

The option for the association was to either take on an extensive renovation or do a complete replacement. They voted in favor of a replacement. “One of the major reasons we decided to go the direction we did, was that we wanted to do a comprehensive upgrade of the entire facility,” remarked Tom Rementeria, LCAM & Sr. Manager for CSI Management Services, Inc.

The single biggest upgrade was the design criteria for the new docks. “We wanted a high load capacity to withstand hurricane force loads and high freeboard to accommodate easy loading and off-loading,” said Tom. Additional upgrades at Harbour House include larger power and access to other utilities on the docks.

Following a growing trend among high end marinas, Harbour House also decided to include underwater lighting. “The lights add to the beauty of the facility at night and are becoming an economical option for marina’s looking to add something extra to their facility,” said Steve Ryder, Manager of Project Development for Bellingham Marine.

The Ocean Reef Club’s Key Largo location is an all-inclusive club located on two thousand acres, bordered on three sides by water. With extensive real estate options, 54 holes of golf, a salon and spa, more than a dozen restaurants, a 175-slip marina, a private airport, and so much more, Ocean Reef Club is in league of its own.