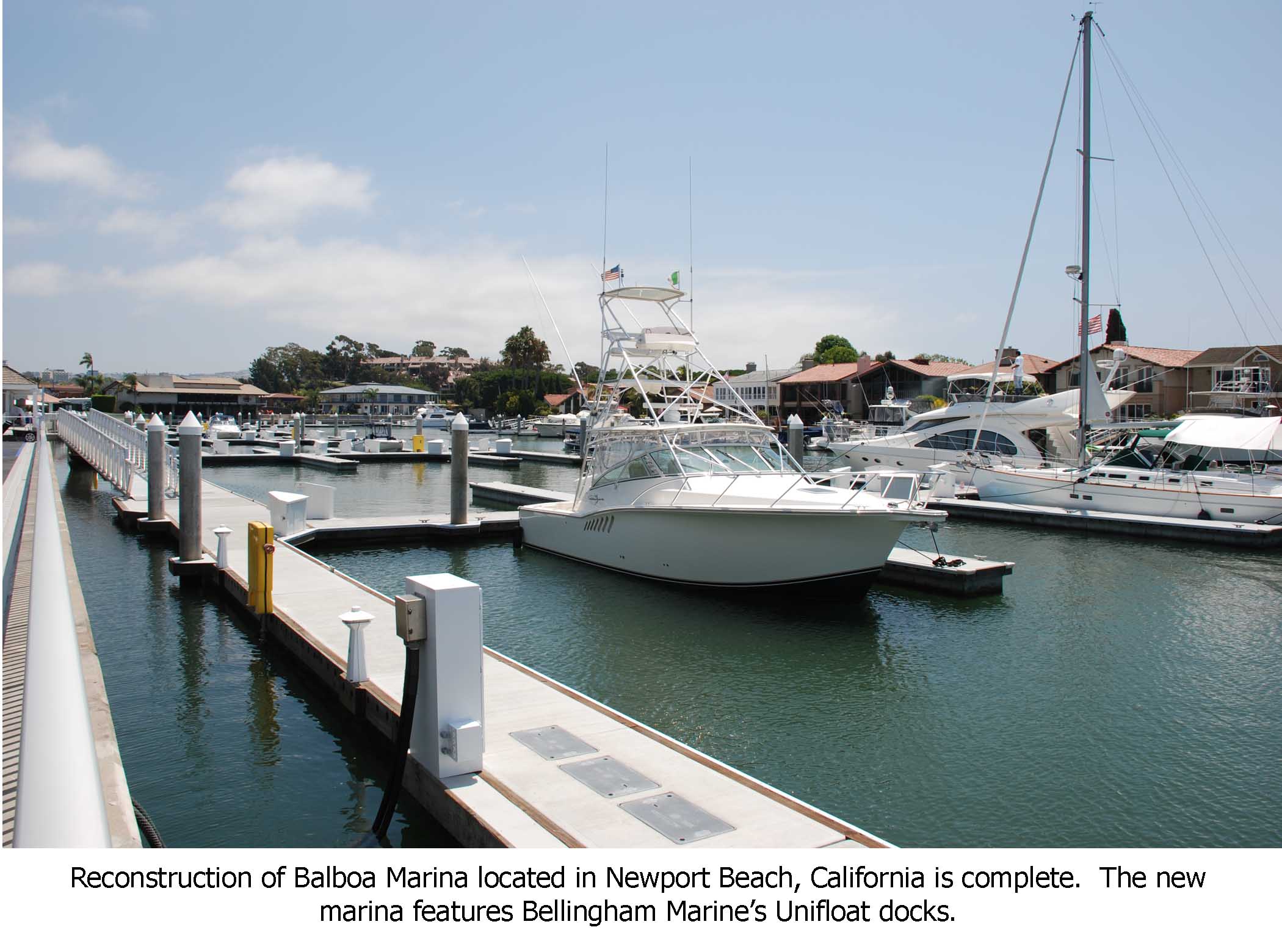 Located in the high-profile community of Newport Beach, along California’s southern coast, Balboa Marina announced its grand re-opening on August 1st. The marina, owned and operated by The Irvine Company was originally built in 1964. Following several years of planning, the marina closed its doors in the fall of 2008 and work commenced on the $8 million renovation.

The reconstruction of Balboa Marina included demolition of the existing floating dock structures, dredging, seawall repair, sheet piling installation, landside work and construction of a new dock system including upgraded utilities and accessories. Bellingham Marine was hired by the Irvine Company as the design-build contractor.

The new marina offers state of the art accommodations for boats from 20’ to 60’ in length and four-star service. In addition to the marina’s new 105 double berth slips, side tie space for larger vessels was created.

All utilities, including electrical services and water supply lines, as well as the marina’s fire suppression system were upgraded. A new sewer pumpout system was installed that provides pumpout service at each slip. In addition, cable and phone hook ups were added to the slips.

The entire facility was completely rebuilt – everything from the parking lot, to the seawall railing system, to the marina itself. “We are very pleased with the work that has been done at Balboa Marina and our tenants are thrilled about all the upgrades” said Greg Sinks, Manager of Balboa Marina.

Construction of a 7,800 square foot eelgrass habitat area was created as mitigation for direct and potential eelgrass impacts due to dredging activities associated with the project. The newly configured marina also resulted in an increase of open water space and fewer guide piles. The result is a world class facility that has had a positive impact on the surrounding environment.