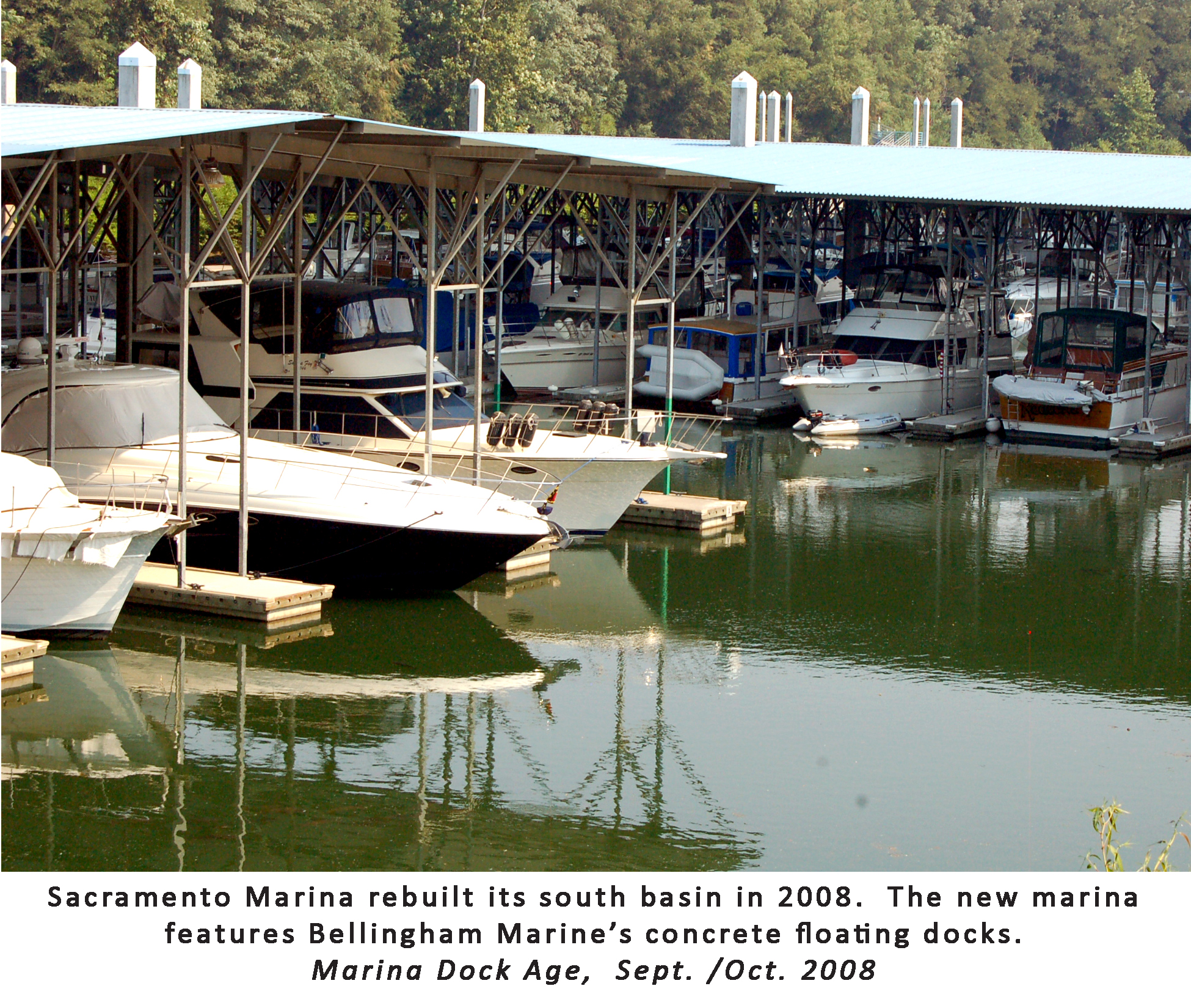 When the city managers of Sacramento (Calif.) Marina decided to remodel the entire south basin and part of its north basin in late 2006, they felt good about themselves and the remodeling project. They estimated the cost of the remodeling project at $5 million to $6 million, and the marina had already secured a $9 million loan from the California Department of Boating and Waterways to pay for it. They set aside $8 million for the actual remodeling.

Sacramento Marina is a municipal marina, comprised of north and south basins, and serves a vibrant boating region that includes the Delta and recreational waterways from San Francisco Bay north to a thousand miles of accessible waterways.

Two major factors prompted the marina’s managers to move forward with this major capital improvement project. The first dealt with the marina’s age. The 50-year old south basin’s wooden docks, which floated on tubs, were long overdue to be ripped out and replaced with concrete-decked covered slips.

Harbormaster Bud Camper’s assessment was, “The south basin docks cost more to maintain than they were worth.” That being said, Camper had the complicated task of keeping the channel open and the marina running at the same time the construction was underway. More about that later.

The second factor involved the type of slips in the south basin. None of the original 240 wooden slips in the south basin marina were covered, which was a real drawback in this part of California. Here, the blazing sun that does wonders for the croplands that surround the city is not kind to boats in marinas. Therefore, shade is essential to maintaining docked boats, which is why the marina wanted all its docks to be covered.

Finally, the project was not just done for today’s boaters, but also for tomorrow’s customers. As redesigned to accommodate today’s longer and wider boats the south basin marina would have 191 slips. The loss of slips was not considered a problem, but rather a significant move forward. When combined with the 284 slips in the north basin that were installed in 1985, the Sacramento Marina would have a slip mix that would serve its boating customers for now and into the future.