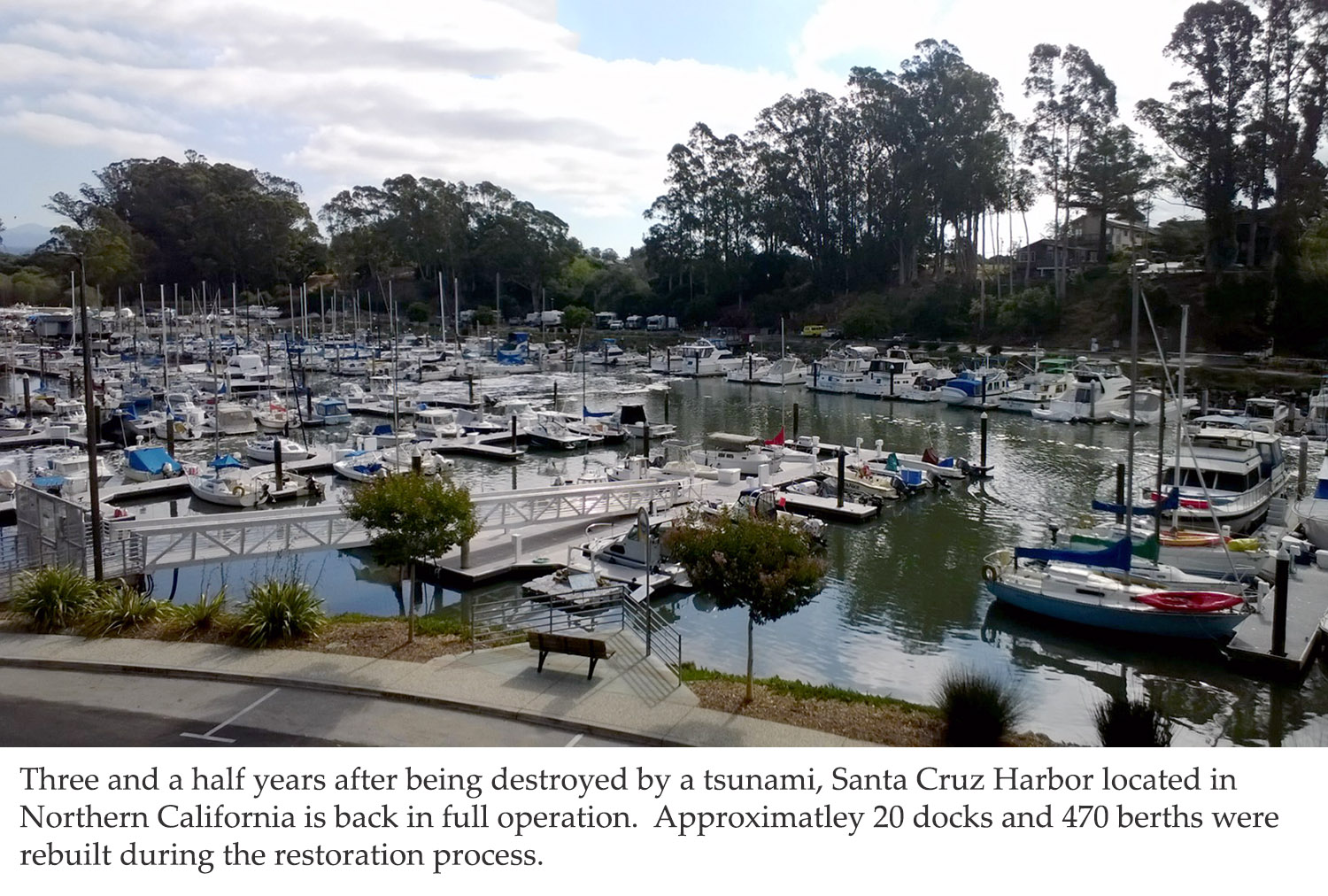 Three years after being devastated by the tsunami that was triggered by the 2011 earthquake in Japan, Santa Cruz Harbor looks better than it did before the tsunami hit.  The marina is back in full operation with all docks in working order.

The marina was rebuilt through a series of bids with a final price tag close to $12 million.  Twenty of the marina’s docks were replaced and approximately 470 berths.  The marina’s  guest dock, boat yard dock, and a portion of the rowing dock were also rebuilt.

“The harbor was able to use a number of the existing piling, which proved to be a tremendous savings in both time and expense,” said Steve Canaday, Manager of Project Development for Bellingham Marine.  Bellingham Marine worked as the General Contractor for much of the rebuild.

There was also quite a bit of landside utility work that was done over the course of the rebuild – more than 15 new utility vaults were installed and over 15,000 linear feet of conduit was laid to accommodate upgrades to the marina’s electrical system.

The Port District began their rebuild efforts just three months after the tsunami hit. U-dock, which sustained the most damage, was the first to be replaced.  Following the completion of U-dock, the harbor began the process of replacing the rest of the marina’s docks that were damaged beyond repair.  According to the Harbor, the order of dock replacement was determined by need based on the extent of damage each dock incurred and the amount of funding available.

“It’s been a long process but our tenants have been great through it all,” remarked Lisa Ekers, Port Director.  “Our driving goal was to move as fast as possible with the funds available and to keep the daily disruptions to the harbor to a minimum.”