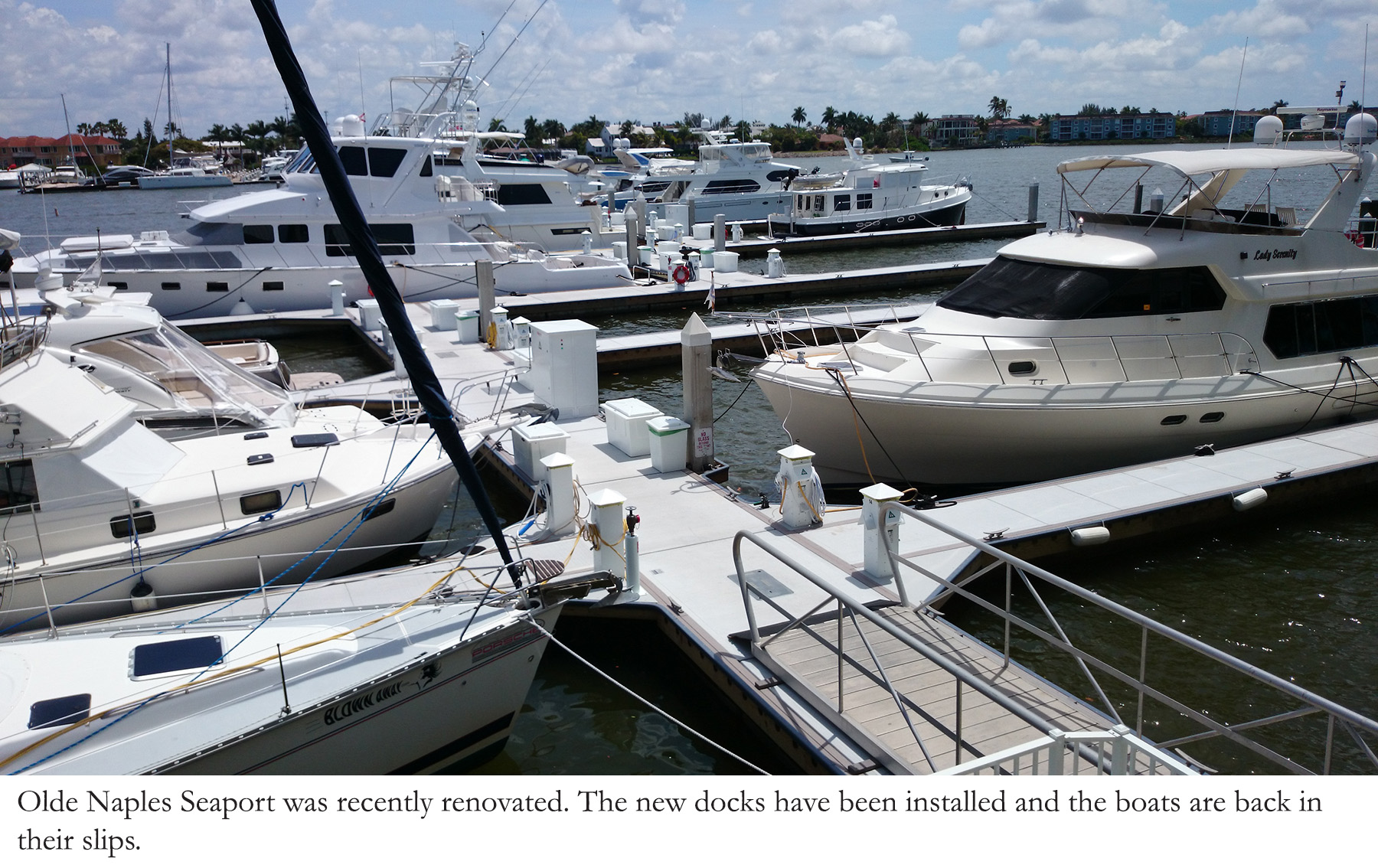 Naples, FL – July 03, 2014 – After more than a year of paying rent in neighboring marinas, the slips owners at Olde Naples Seaport in Naples, Florida were finally allowed to return their boats to their slips.  In November 2012, the boats were relocated to allow for a massive overhaul of the existing facility.  The docks were removed in December; slip owners had expected to be back in their slips by June.

Unfortunately, what was supposed to be a short term inconvenience ended up being much more. By July of 2013, it was clear to the marina that the dock manufacturer was not going to be able to meet its contractual obligation.  No docks had been delivered and the manufacturer ended up pulling out of its contract leaving the marina with an empty basin.

The marina contacted Bellingham Marine.  Bellingham Marine supplied the needed docks for the project, delivering the last of them in November.  Boats started moving back into the marina in January 2014 as sections were completed.  The last boat returned in March.

The unfortunate part of the story is the financial burden that was borne by the slip owners.  Olde Naples Seaport was one of the first dockominium projects in the U.S.  As a dockominium, slips are purchased by their owners and all improvements to the facility are funded by the slip owners.  Added to this in the case at Olde Naples Seaport, was the added expense of paying for moorage at another marina for over a year.

The new docks sit in the same footprint as the original ones but feature higher freeboard, longer mainwalk modules, single piece fingers and larger utility raceways.  The marina has 30 slips, with an average slip size of 60’ and capacity for boats up to 120’.  The docks feature 24” freeboard, stainless steel weldments, and Azek composite trim on the tops of the walers.  A 10 year inspection warranty was also included by Bellingham.