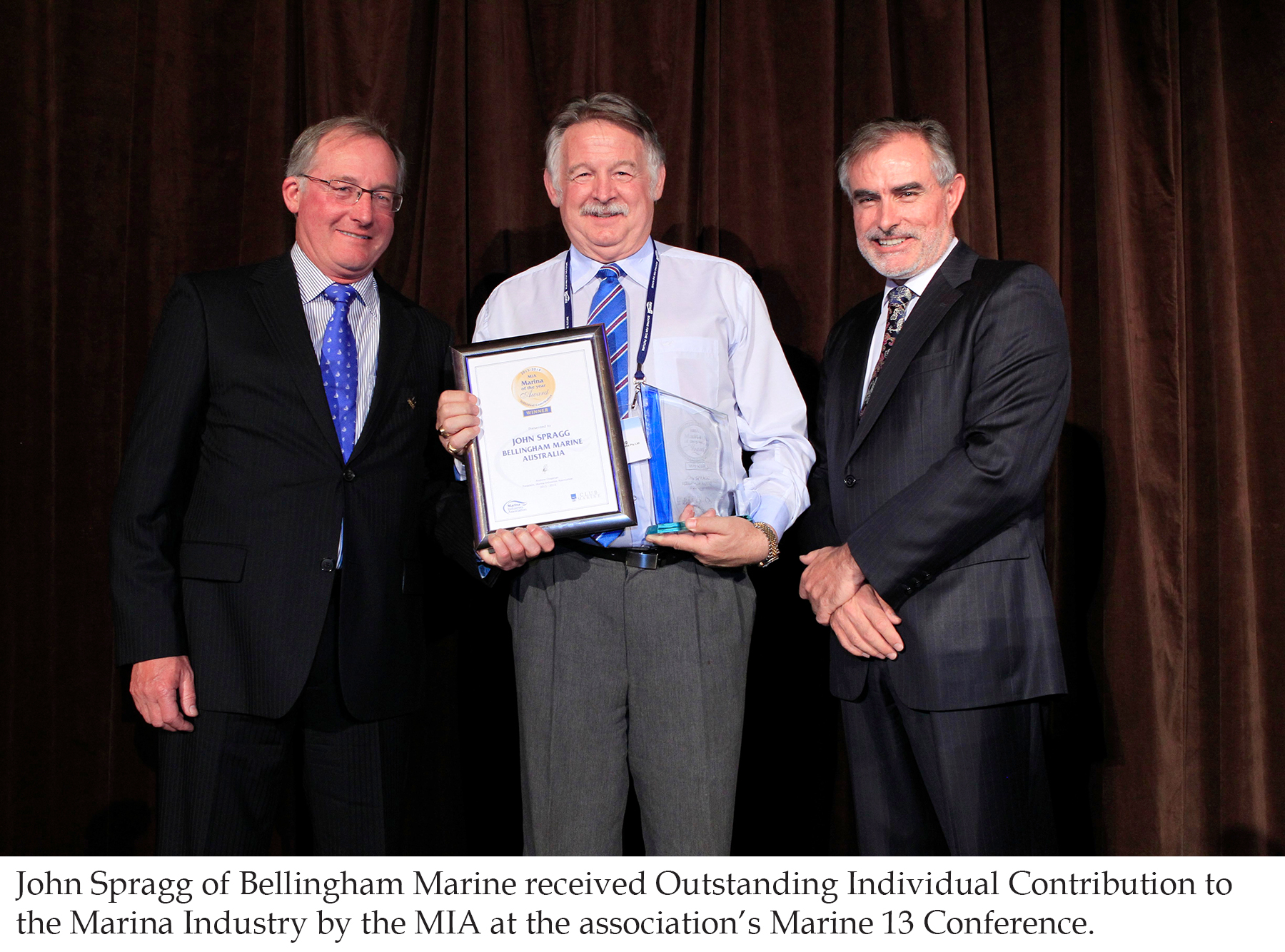 The award, which is part of the Association’s annual awards program, recognizes the industry’s top contributors. “The award was first developed to showcase individuals that have achieved exemplary business practices and have made major contributions to the marina industries and to their wider community,” said Andrew Chapman, Chairman of the MIA

“John is a true professional,” said Chapman. “He has not only helped build some of the world’s most acclaimed marina facilities, but he’s been instrumental in the growth and success of Australia’s and now Asia’s marina industries. I can’t think of anyone more deserving of this award.”

On an industry level, Spragg was a founding member and director of the Marina Industries Association, first set up in 1997 and has made a significant contribution to the Association in his 16 years of involvement with the MIA.

In Australia, John has overseen the construction of over 10,000 marina berths, a number of which have been awarded Marina of the Year in past years. He was also involved with the iconic Yas Island Marina in Abu Dhabi and Keppel Bay Marina in Singapore.

“It’s a great honor to be recognized but I am especially humbled by my nomination for the award,” said Spragg. “Even though this award is for individual achievement, it’s only through the efforts of our teams worldwide and a very supportive family that I am able to do what I do. Together, along with our trusting clients and esteemed colleagues, we’ve driven the success of the marina industry around the globe. It’s a privilege to be a part of such a great group of people.”