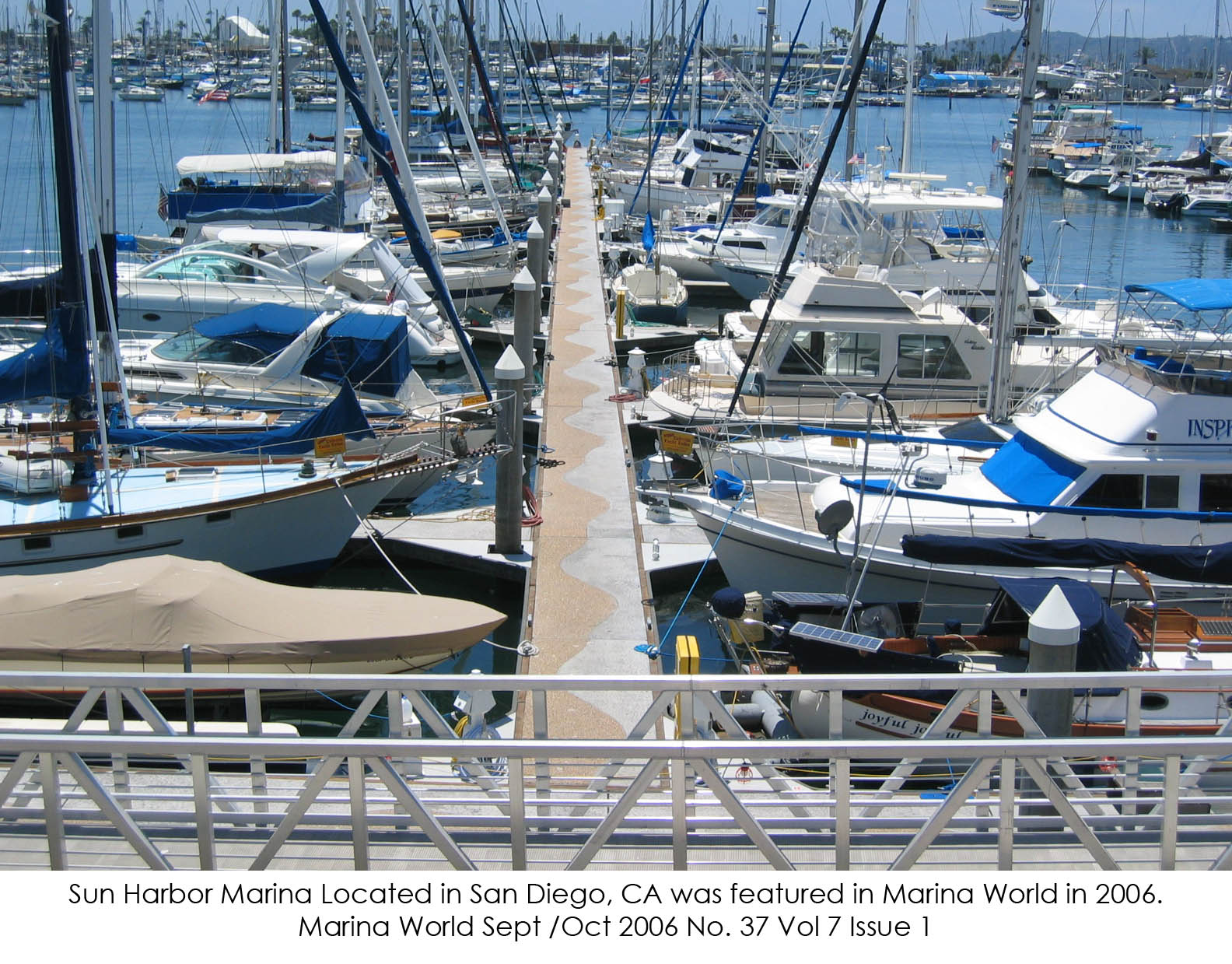 Sun Harbor Marina, located within the loyal clientele, was location.A major overhaul America’s Cup Harbor in San Diego, dates was needed and Mary Lou, a committed back to the 1940s.When Mary Lou and Frank environmentalactivist,was determineto create LoPreste purchased the facility in 1983 pretty a truly ‘green’ marina that would be practical, much all it had going for it, aside from a very beautiful and profitable.

“Learning that 60% depletion of our natural resources comes from building developments, I became acutely aware of the urgent need for progressivebuilding standards that can address the growing environmental crises in our world today,” she told Marina World. “I built the green marina in the hopes that she would be a prototype for other developers showing that you can build green, financially responsible and financially successful.”

Sun Harbor was to be built to Leadership in Energy & Environmental Design (LEED) certification, a process developed by the US Green Building Council (USGBC). In June this year it became the first LEED certified marina in the USA.

In 1996 LoPreste, having familiarised herself with the needs of the facility, its tenants and the larger community, started to plan for redevelopment. The approval application process began in 1997and, finally,in 2003 she received permission from the Department of Boating &Waterways and San Diego Unified Port District to move forward with her $5.5 million development project.

It was not, however, simply to be a rebuild based on ‘best practice’ or ‘best compromise’ but a new-style ‘living’ marina where Feng Shui principles were applied and attention to detail was paramount. LoPreste worked with architect, Caitlin Kelley, on the landside Marina World – September/October 2006 aspect of the marina and Bellingham Marine’s Californian team on the docks.