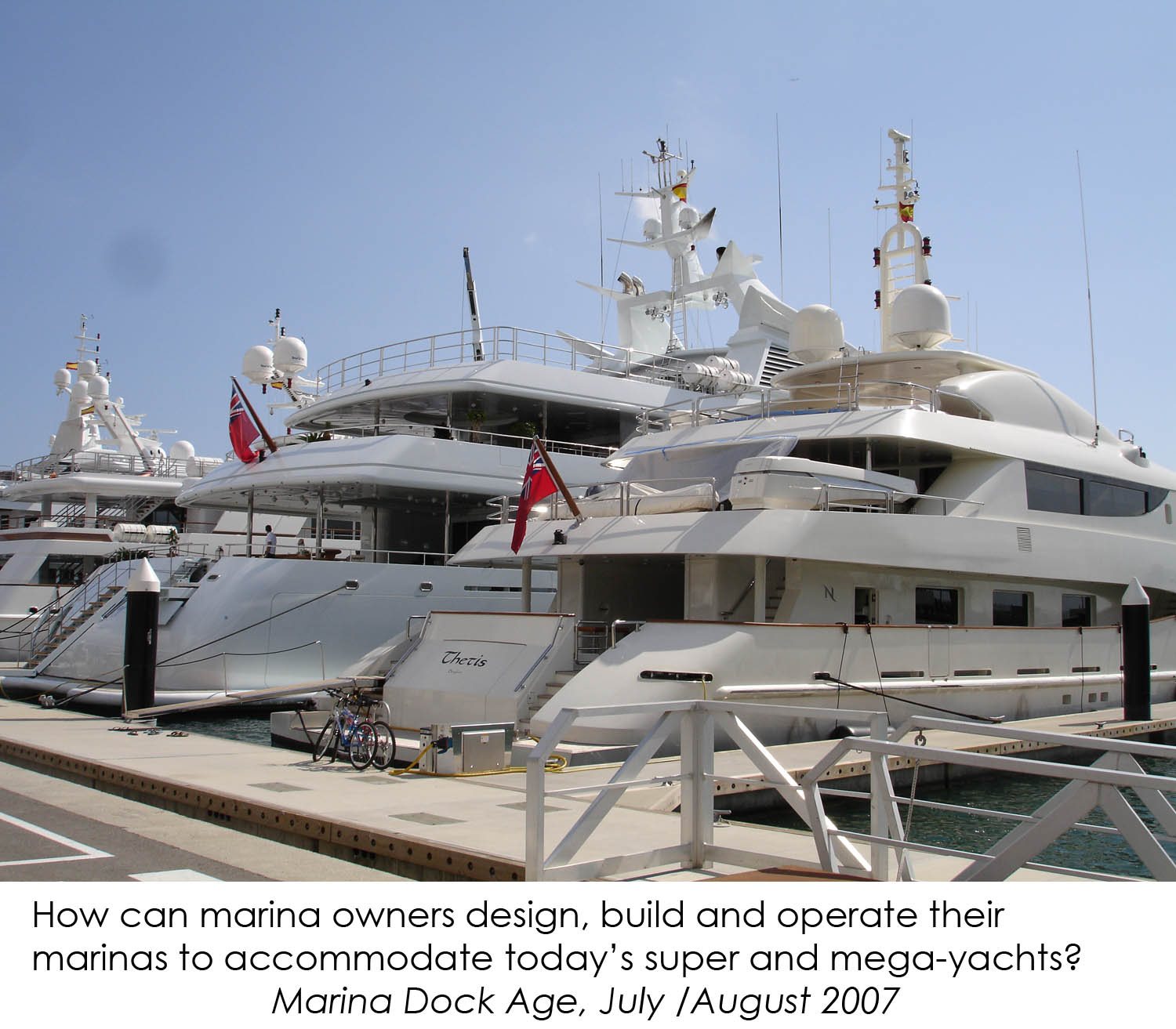 Today’s super-yachts and mega-yachts are driving the boating world, and they’re coming to marinas in droves. They’re also precipitating a growing crisis in the marina and boating industries. The growth in the size of boats is running headlong into the scarcity of places to park them, and neither shows any sign of abating.

The recreational boating industry is a reflection of the general economy, and worldwide economic progress is reflected in longer and wider boats. The move to bigger and better boats parallels the modern home, so that the 1950s dream house is a cramped museum piece today. The same holds true for today’s boats.

Many marinas have seen the trend to longer and wider as an opportunity to either remodel and/or reposition their slip mix to accommodate increased numbers of larger vessels. (For the story of one marina’s successful remodel, see “Proper planning pays big dividends—how to rebuild and redesign a marina,” pg. 26, May/June 2007, Marina Dock Age, )

Boats are being built at a faster rate than there are slips to moor them, and this is especially true with very large boats. In “A dash for the deep blue sea,” which appeared in the November 16, 2006 issue of “The Economist” magazine, this trend was put in these words:

Boat builders are floating on a tide of orders, with luxury super-yachts showing the biggest rises. Sales of these giants—some now stretched to 400 feet—are up 80% in the past six years…

Jill Bobrow, Editor-in-Chief of “ShowBoats International” magazine, said, “The lack of moorage is a concern, but it has not slowed the sales of super-yachts. We’re seeing an increase in new or remodeled marinas that can accommodate larger yachts. It’s happening all over the world, but particularly in the Caribbean.” Bobrow pointed to Yacht Haven Grand Marina in St. Thomas where super-yachts over 400 feet, such as Larry Ellison’s ‘Rising Sun’ or Paul Allen’s ‘Octopus,’ can now dock as good examples of the “new marinas.”

Moorage is especially difficult in the Mediterranean, where visitors must often find moorage before 2:00 pm or be forced to spend the night on their anchors. Bobrow told of a recent yacht purchase that characterized the slip shortage. “The super-yacht Hanse in Antibes on the Cote D’Azur in France, was purchased just for the moorage,” she said. “The buyer sold the boat right after he bought it.”