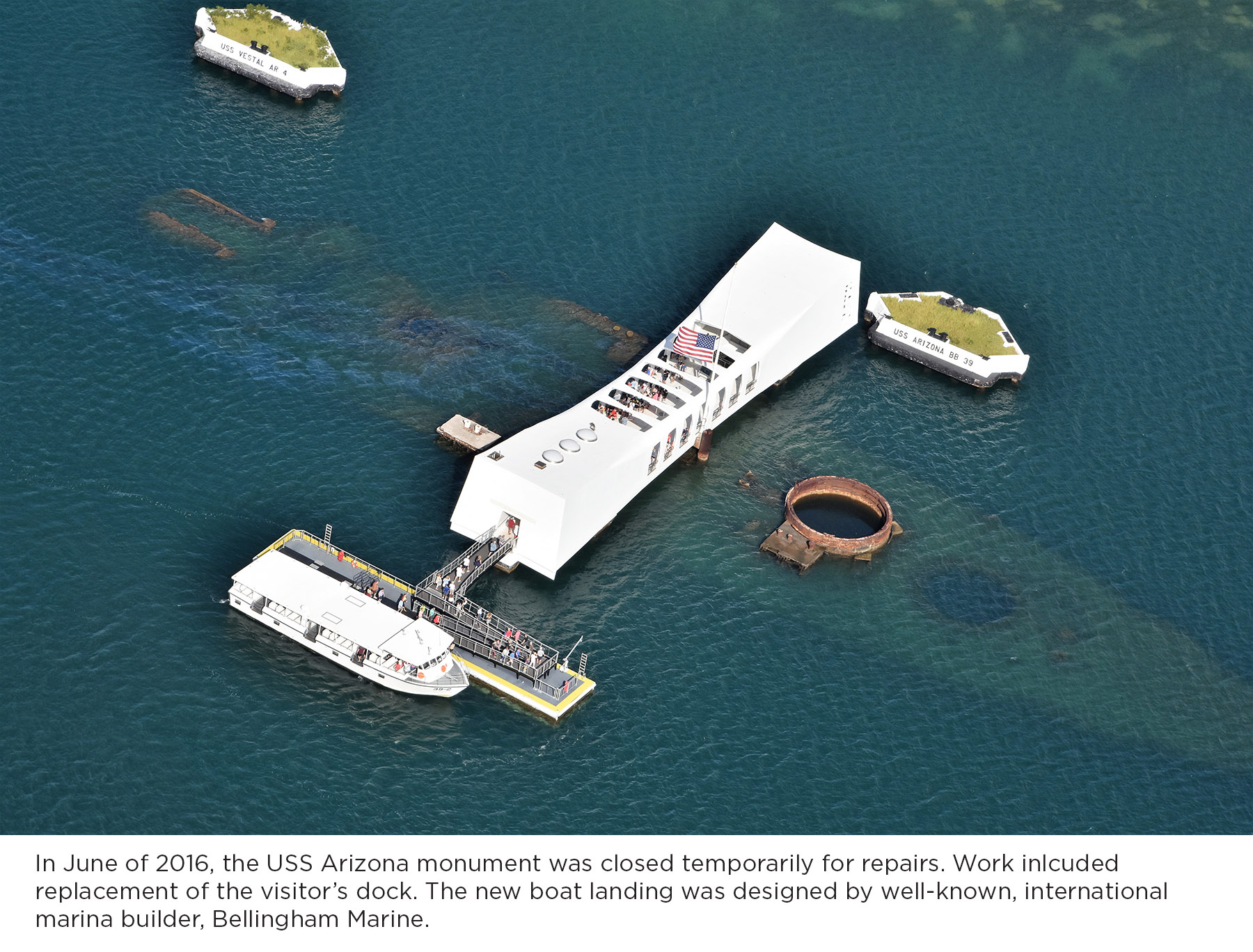 Honolulu, Hawaii, USA – October 17, 2016 – On June 14th the National Park Service closed the national monument at the USS Arizona for repair work. During the closure the monument’s visitor’s dock was replaced. The memorial was reopened to the public on June 29th. The National Park Service closed the USS Arizona in mid-June to replace the visitor’s dock.

The new visitor’s dock was designed and built by well-known marina builder, Bellingham Marine. The dock is constructed from nine heavily reinforced concrete modules. Each weighing over 37 tons.

A method of post-tensioning was used to connect the individual modules. The result is an extremely rigid 105 ft. long structure that acts as a solid, single piece platform.

“The National Park Service wanted a heavy-duty dock that would meet the park’s extreme use and load requirements,” said Rob Rasmussen, Bellingham Marine General Manager. “They also needed a solution that was economical.”

“With the help of Redpoint Structures, we were able to come up with a low-maintenance design that provided a number of benefits to the National Park Service including meeting the budgetary needs of the project.”

The USS Arizona Memorial welcomes nearly 2 million visitors a year. The memorial is built over the sunken wreckage of the USS Arizona, the final resting place for many of the nearly 1,200 crewmen killed on December 7, 1941 when the Japanese Naval Forces bombed Pearl Harbor.