What do you want, Captain? 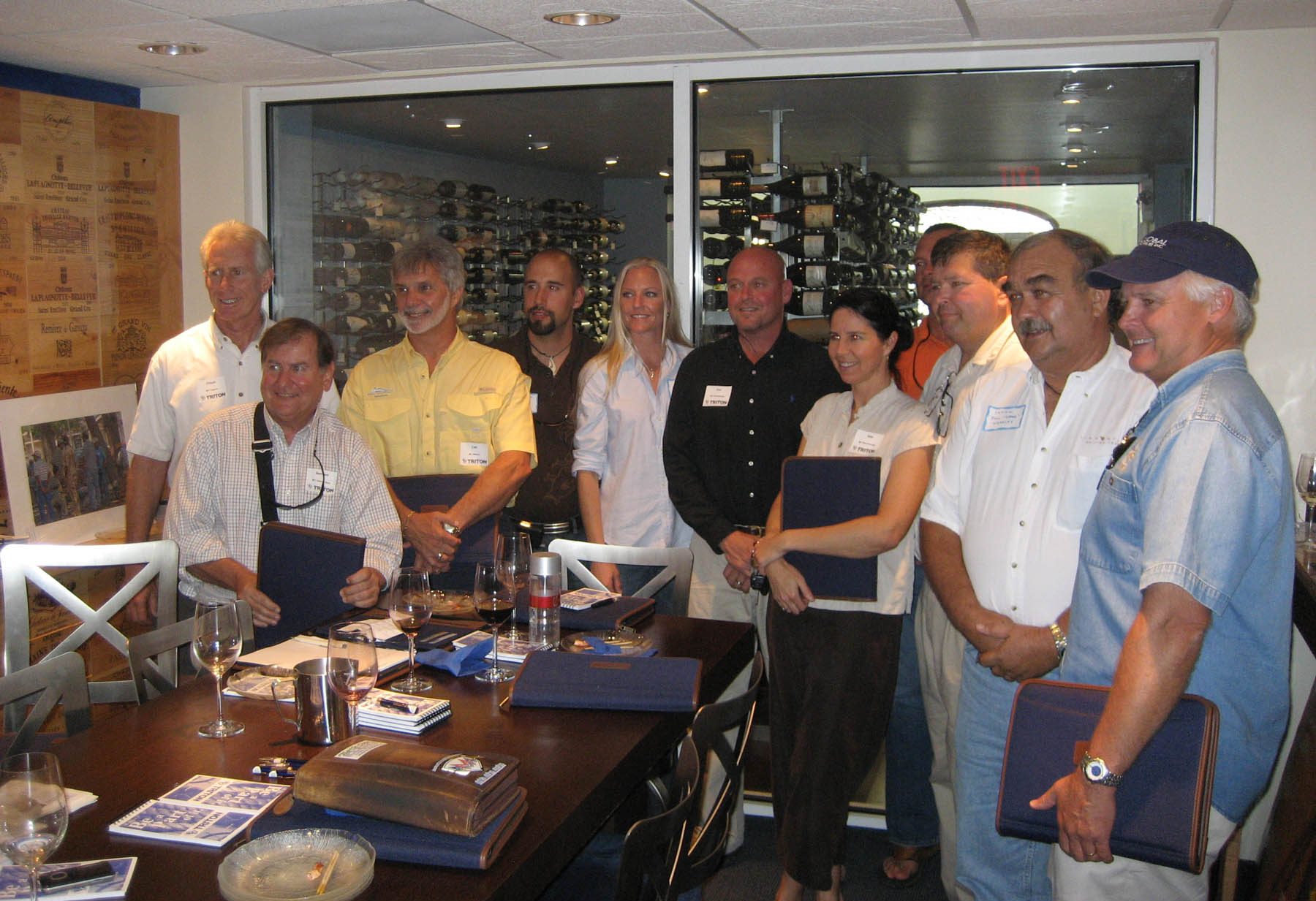 To answer that question, we held a round table discussion organized by The Triton, a newspaper for captains and crews, at the 7th Street Wine Company in Ft. Lauderdale, Florida. The event was sponsored by Bellingham Marine and held on April 4, 2007. Robert Wilkes leads the discussion and reports for Marina World. Hosting was Steve Ryder, Manager of Project Development for Bellingham Marine.

One of the fastest growing segments of the boating world is super yachts 30 meters and above. This is a world where moorage is difficult if not impossible to find in many places. New, larger marina slips are being constructed at a much slower pace than the number of super yachts being launched. This presents a challenge to coastal developers, marina operators, yacht captains, and the dock companies that build marinas.

What do the owners, captains and crew of super yachts want in a moorage? One marina builder, Bellingham Marine, wanted to know. Encouraged by the success of their marina at Port Forum, Barcelona, Spain, they sponsored another “forum” in Ft. Lauderdale. Under The Triton’s and Bellingham Marine’s invitation, eight captains, an engineer, a chef and a purser gathered for a lively group discussion. All were seasoned veterans who have sailed the world; all had a lot to say about the marinas they frequent.

Marina World (MW): We’re here today to get opinions about the marinas you use. We’re hoping the discussion will inform marina operators and developers. The question for the evening is: “What do you look for in a marina?”

Round Table (RT): Slips are not big enough for the boats that are being built right now. The sizes of the vessels are increasing, and it’s getting worse. So you end up spending a lot of time at anchor.

RT: In the Med it’s a problem to find big boat berthing. If you don’t book today, you haven’t a chance for summer. Nothing is easy in Europe, versus here in the U.S. And size means more people, not only more guests but more crew. They need services…taxis, airlines. It’s no secret, we are captains, but we are service providers number one.