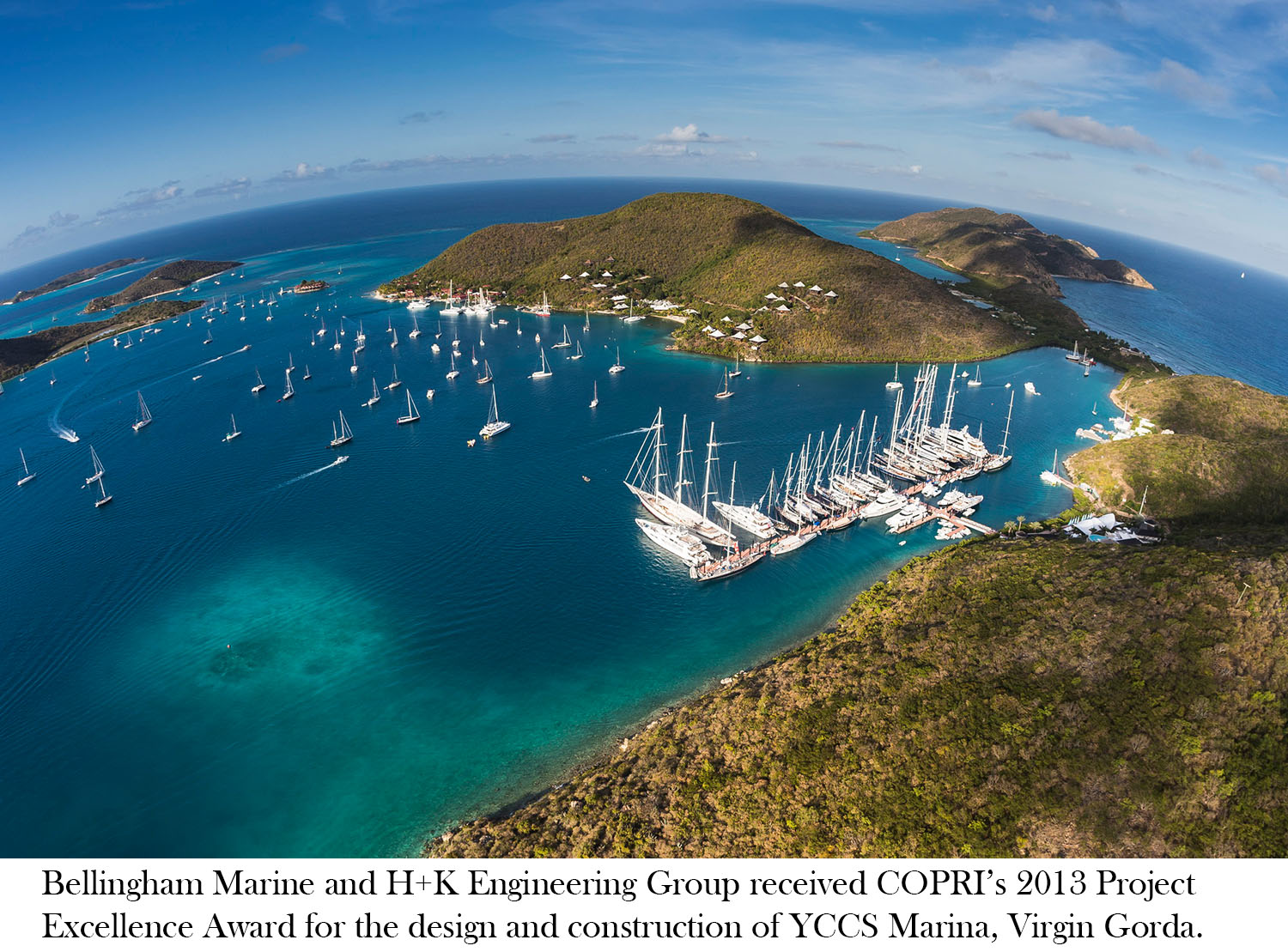 In a recent announcement, the American Society of Civil Engineers’ coastal institute known as COPRI (Coasts, Oceans, Port, and Rivers Institute) announced the winners of its 2013 Project Excellence Award. The Project Excellence Award, in the Large Project category, was awarded to Bellingham Marine, renowned marina builder in partnership with H+K Engineering Group, a leading dock engineering firm, for their work on Yacht Club Costa Smeralda (YCCS) Marina, Virgin Gorda in the British Virgin Islands. The project was designed and constructed for Victor International.

The project consisted of building a world class superyacht facility on a small island in the British Virgin Islands. The island’s limited infrastructure and the region’s exposure to dynamic weather events created some unique challenges for the team.

Accolades were given by the judges for the team’s success in delivering an award winning facility for YCCS Marina that addressed the difficult environmental conditions associated with the remote, deep water project site and the needs of the large yachts mooring to the docks. The project was also praised for its exemplary use of engineering best practice.

“Advanced modeling and analysis of how each individual pile would perform was vital to ensure the long term successful performance of the entire system,” said Bill Huffman, Principal and Senior Engineer at H+K.

The extreme nature of the Virgin Gorda site including water depths over 35 feet (9m) and extremely hard limestone combined with the loads placed on the docks by large vessels necessitated the development of a technically advanced floating dock system.

“It took a lot of hard work and dedication to get this project built right,” said Everett Babbitt, president of Bellingham Marine. “It is with great pleasure that we accept this prestigious award on behalf of the entire project team. We could not be more proud of the team’s efforts and what was accomplished.”

The project team included Bellingham Marine and H+K Engineering Group who worked in close concert with the ownership group which consisted of Victor International and Applied Technology & Management.