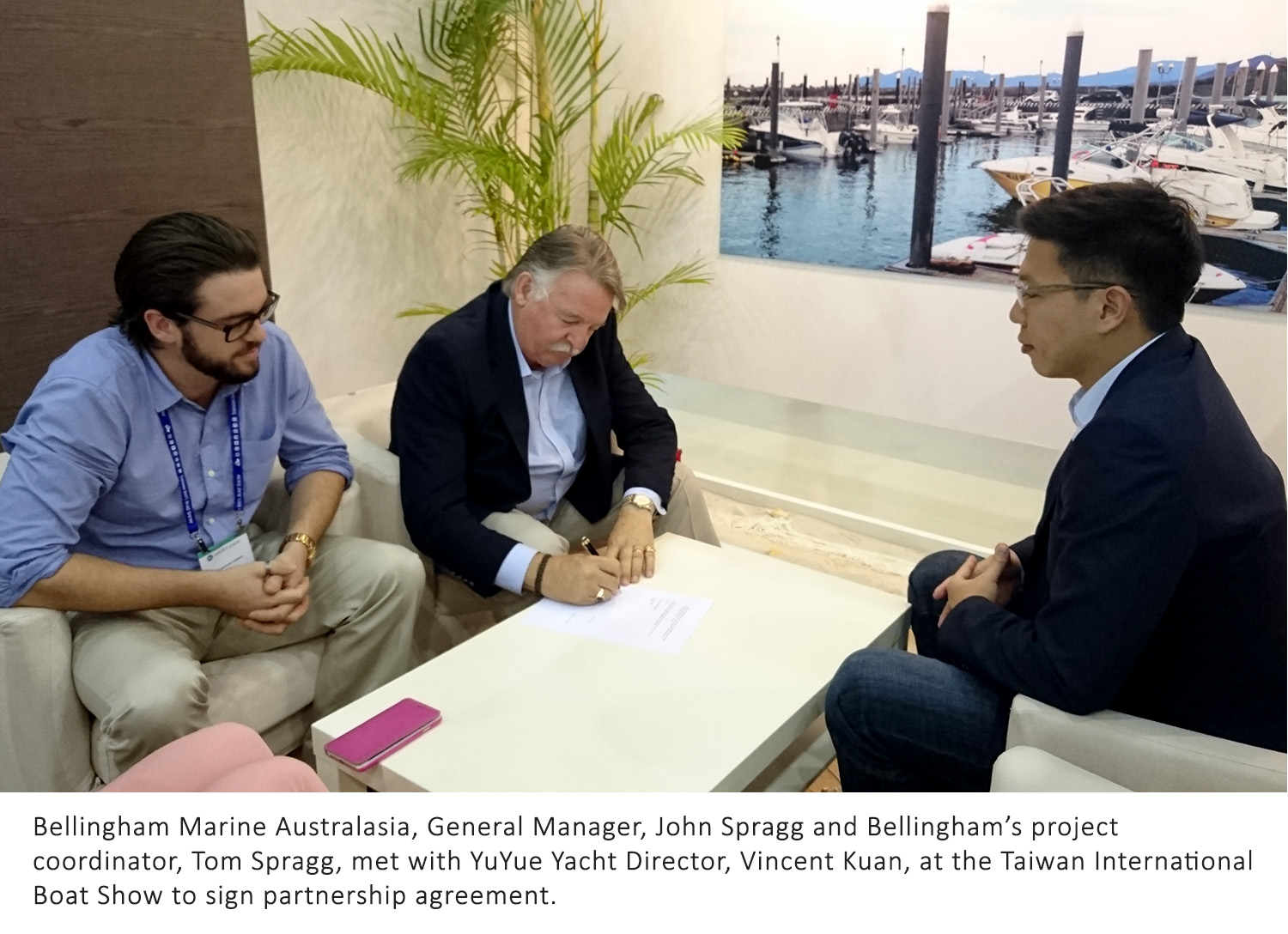 Taiwan yachting company, YuYue Yacht Company, and international marina expert, Bellingham Marine, have signed a Memorandum of Understanding. The agreement outlines a partnership between the two companies in which they will work together to create new marinas in Taiwan.

Kaohsiung, Taiwan – 31 March 2016 – Boating enthusiasts may soon see the construction of several new marinas in Taiwan.  In an agreement entered into between YuYue Yacht Company and Bellingham Marine, the two companies identify several new marina projects planned for development in the region.

The growing popularity of recreational boating in Taiwan is straining available resources. Three marinas were completed in 2013 adding 200 slips to the region. However, all have been filled. “There is a shortage of boat slips in the country, which is having a dramatic impact on the cost of moorage – it’s pricing many out of the market,” said Vincent Kuan, Director of YuYue Yacht Company.

“A key element of building Taiwan’s recreational boating industry is the creation of quality-built new marinas.”

“As an island nation with beautiful coastlines and nearby cruising grounds, Taiwan has the potential to create a thriving boating community,” said John Spragg, General Manager for Bellingham Marine. “However, growing a new industry takes time and the support of developers like YuYue who are committed to doing it right from the start.”

YuYue Yacht Company is a dealership in Taiwan for a number of high end boat brands including Sunseeker, Galeon and Quick Silver.